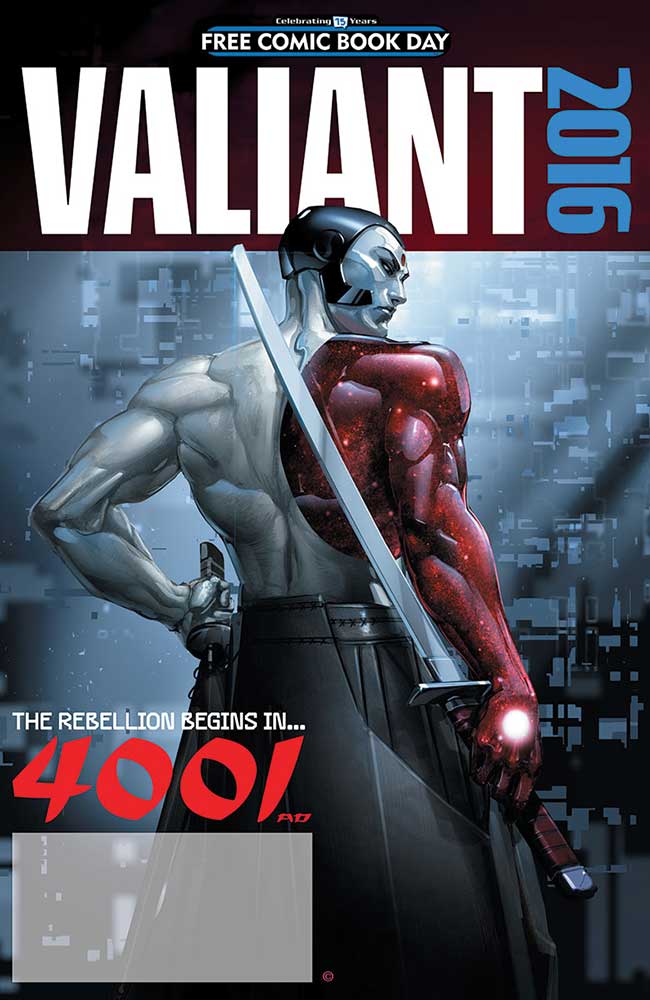 On the heels of Book of Death, Valiant Entertainment has announced that 4001 A.D. will be the crossover event of 2016.

“The year 4001 has always been a vital component of the Valiant Universe but, now, for the first time, we’ll finally be pulling back to reveal the true scale of this world and the wildly diverse cast of heroes that inhabit it,” said Valiant Editor-in-Chief Warren Simons. “Matt Kindt and Clayton Crain have pushed themselves to design a story that is positively brimming with crazy-mad energy, continent-sized ideas and unthinkable potential. From cosmic beings and sentient cities to post-apocalyptic warrior kings and cybernetic samurai, 4001 A.D. will see the Valiant heroes pushed beyond the threshold and into territory far beyond anything we have ever attempted before.”

The event will give us a glimpse at the creation of RAI by the Father AI, and discover the dark truth behind its origin. The first installment of 4001 A.D. arrives on Free Comic Book Day, with issue #1 coming later in May.