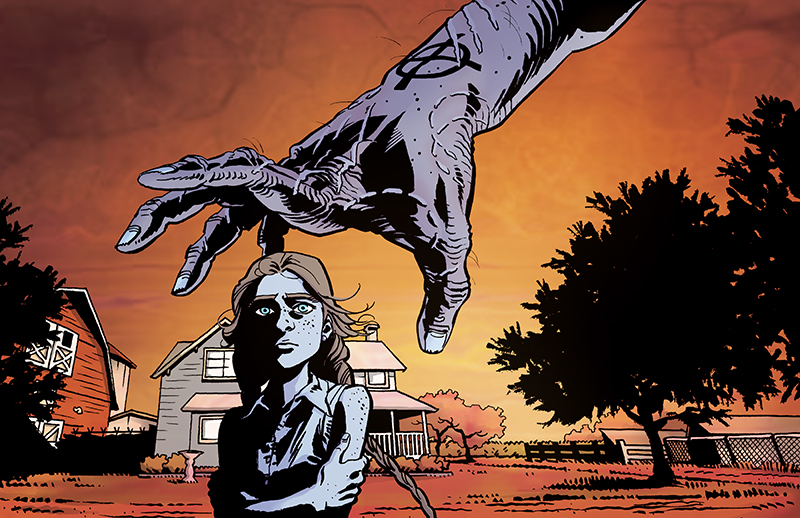 If you are a fan of Bunn’s work, you may have seen “Death Follows” released digitally as “The Remains” from Monkeybrain Comics, however, the printed volume from Dark Horse will feature an original prose story by Bunn.

“Death Follows is the darkest story I’ve written,” said Bunn.  “It’s a supernatural horror tale set in rural North Carolina, the story of a mysterious farmhand who shows up at a struggling farm looking for work—and brings a nightmarish cycle of events with him. It starts with a simple (if somewhat strange) line: ‘The dead rats danced the day the hired man came around.’”

The opening line sounds creepy enough, but when you read the solicitation, the volume sounds down right horrifying.

Birdie, her sister, their pregnant mother, and their frail father all live together on a struggling farm. When an itinerant farmhand named Cole comes to their aid, the children should be relieved. Instead, they find their lives spiraling into nightmare, as Cole regards Birdie’s sister with menacing desire. To make matters much worse, wherever he goes, the dead grow restless. As the horror threatens to consume her home and her family, Birdie is haunted by a chilling warning: Some secrets are meant only for the dead. Death Follows arrives in stores on May 25th.