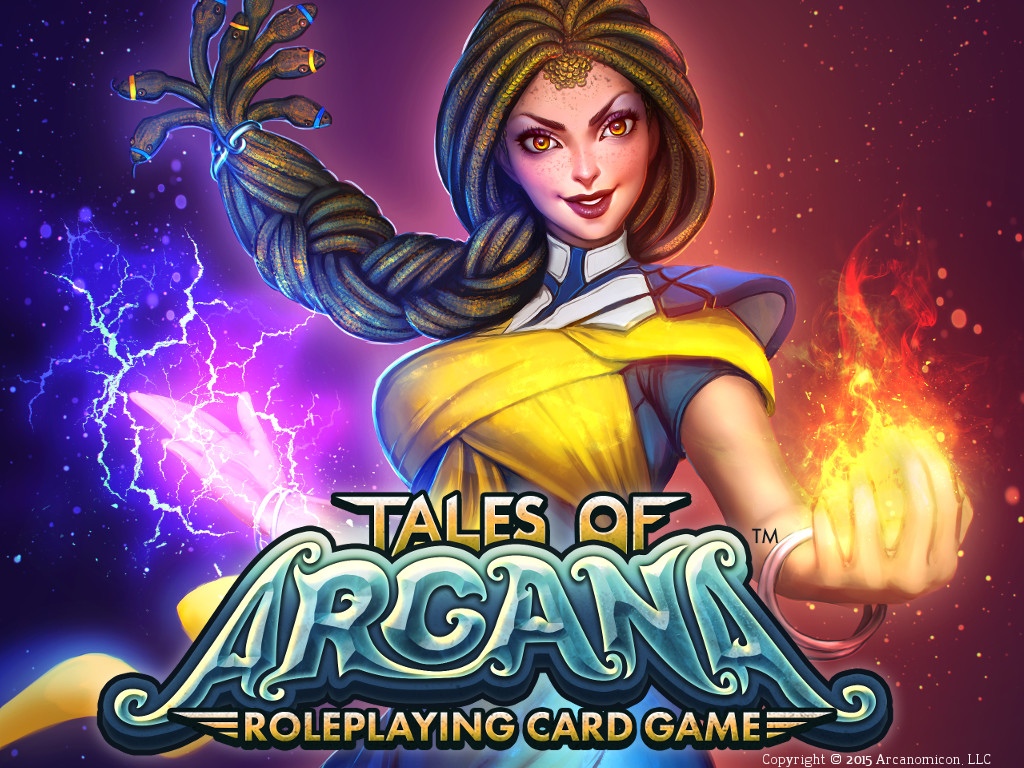 Matt Knicl, who used to work at Wizards of the Cast on Magic: The Gathering and Dungeons & Dragons, has launched a new Kickstarter to support his roleplaying card game, Tales of Arcana.

In Tales of Arcana players randomly generate characters with cards to play a campaign in a collaborative storytelling environment. You might play as an Elf Ranger, or end up with a Sasquatch Wizard that uses Shadow and Mental magic, or a Vampire Bard with Lightning attacks.

“I found that once I graduated college, despite my willingness as the game master or the willingness of other players, things always came up – overtime, babies, illness, etc.,” states Matt on his Kickstarter page. “Talking with other gamers I’ve heard similar frustrations, where a month goes by between sessions or gamers impulse buy expensive reference books they’ve never been able to use. Tales of Arcana™ is designed to be set up in a matter of minutes, and it’s quick to pick up the basics.”

I really like the idea of randomly generated characters playing in campagin, as it means you can approach the challenge again and again using different roles and powers. For those who always play a warrior or a thief, this seems to give gamers a chance to expand their horizons.

Best of all, you can test and play this game right now. Knicl has released the game, rules and sample campaign in PDF form for all to check out at talesofarcana.com

With 21 days to go as of this posting, Tales of Arcana: Roleplaying Card Game is nearly one-third of the way to its goal. If you are a gamer looking to try out a new system for a low entry point, this might be one to check out and support.