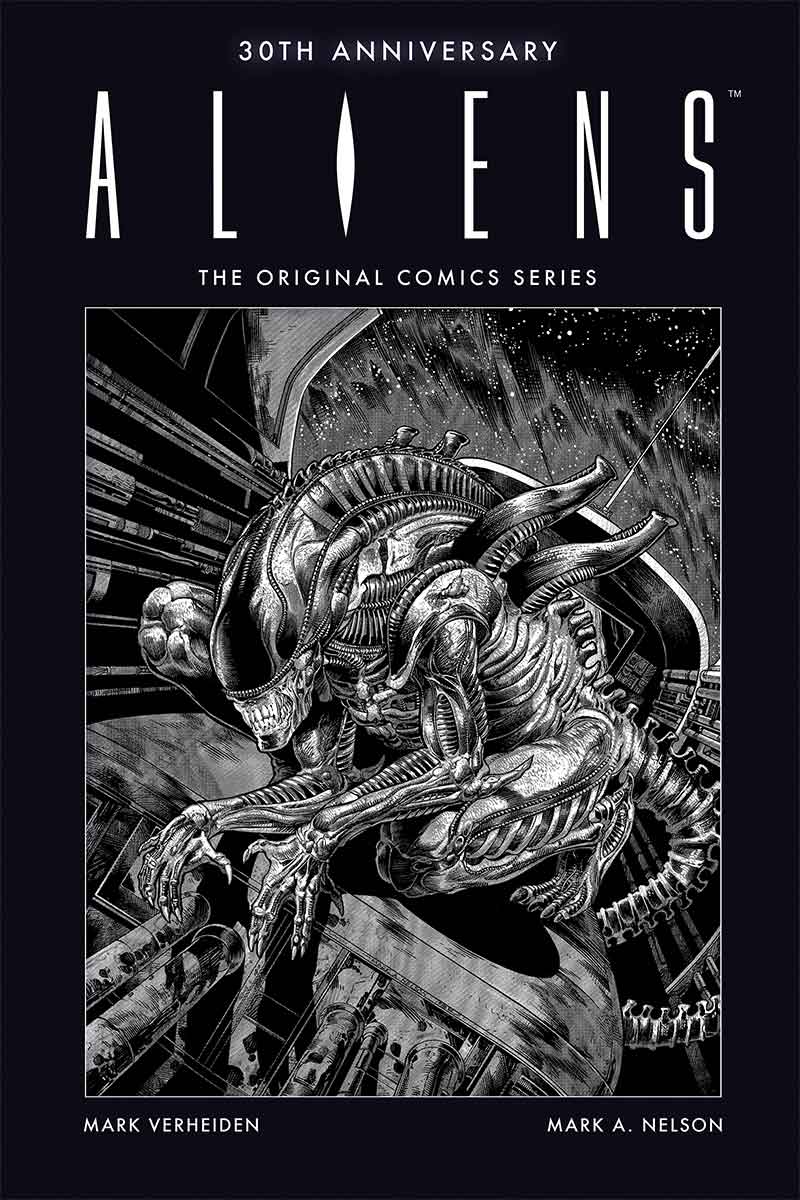 Though the latest Prometheus and Aliens franchise films may be flipping back and forth as far as their current status goes, Dark Horse is ready to introduce a new reading audience to the xenomorphs that started it all by collecting the original Aliens series in a new hardcover collection.

In deep space, a salvage crew is attacked by seemingly unstoppable monsters. The marines are called in, but they need someone with experience. Soon Hicks (the horribly scarred survivor from Aliens) and Newt (now almost eighteen) find themselves on a mission to locate and destroy the aliens’ homeworld!

This collection also marks the first major comics work by Mark Verheiden, who went on to write The Mask, Timecop, Battlestar Galactica, Daredevil, and many other films and television shows.

The Aliens 30th Anniversary: The Original Comics Series is 184-pages long and has a suggested price of $39.99. The black and white collection arrives in stores on April 26, 2016.