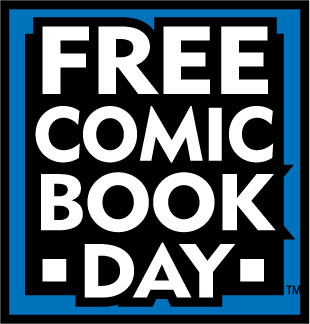 2000 AD and ComixTribe have both announced they will not participate in Free Comic Book Day 2016.

2000 AD broke the news in a press release sent to us earlier this morning.  It looks like a size restriction is to blame as 2000 AD is more of a magazine format than a comic book format.

“2000 AD is very proud of the success of our FCBD issue, which saw orders grow in huge jumps every single year, exceeding 60,000 units in 2015. We value FCBD, and the effort Diamond and the retailers put into making the day so successful, for the opportunity to support comic book stores, reach out to new audiences both within and beyond the UK, and to give something extra to readers. As such, we have proudly and routinely commissioned original content from top flight talent for our FCBD issues and increased the page count to a hefty 48 pages.

“It is therefore very disappointing to not be taking part in the 2016 event, particularly since we were so excited about including work by such huge talents as Eric Powell, Joelle Jones, and Laura and Mike Allred.

“We don’t want to keep that from our readers, so we have therefore taken the decision to still bring this amazing work out in May 2016 in a new Summer Special issue, full details of which will be forthcoming.

“Meanwhile we hope readers and retailers who are disappointed not to be able to pick up a 2000 AD FCBD issue next year will give their support to us and the Summer Special. We very much hope to be back in FCBD in 2017 and will be working hard for that to happen.”

I don’t know if the 2000 AD summer special will be free, but we really can’t pass up the chance to see Eric Powell’s take on Judge Dredd.

Meanwhile, cost seems to be the issue for ComixTribe, who also won’t participate in the free comic program. In a report at Bleeding Cool, “Diamond and ComicsPro told ComixTribe that they would have to bring their cost-to-retailer price down to 20 cents or below,” which ComixTribe simply wasn’t able to do.

It should be noted that there has been no official statement from ComixTribe, which may mean it is looking for ways to rework its number or cut the number of pages (in the past the publisher has given away books with higher page counts).

As pointed out in the 2000 AD statement, Free Comic Book Day can be a big boon for smaller publishers as it gets indie books into a greater number of hands, which in turn equates to an increase in comic sales. Of course, with comic prices on the rise, bigger publishers may not like the idea of small publishers taking money out of their hands, but it is a cost of doing business. Or, in the case of these two publishers, the cost of Free Comic Book Day could have a negative impact on comic shops and publishers.