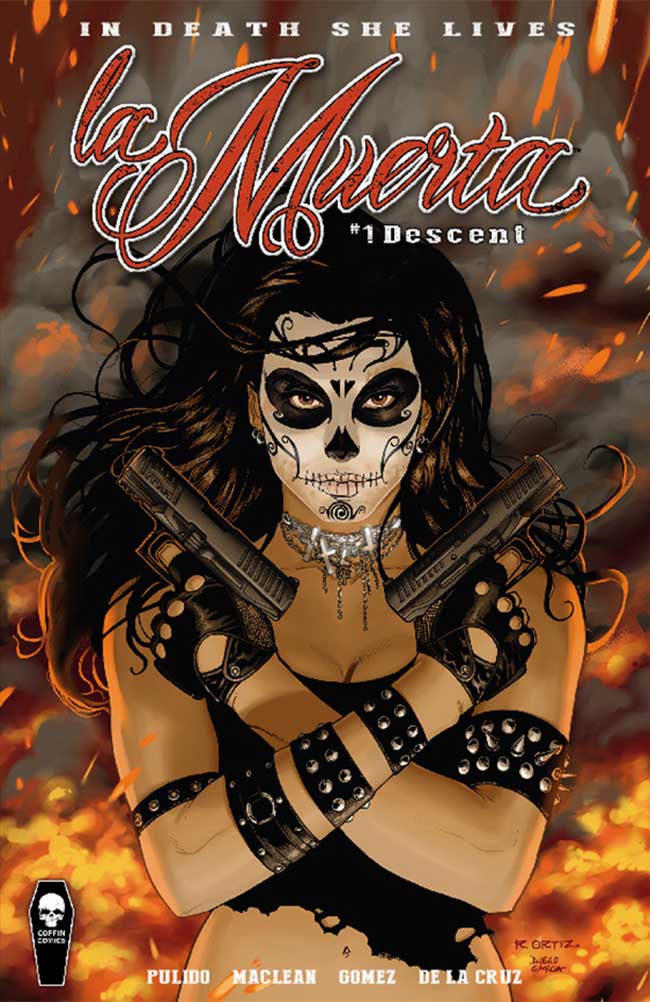 Set in the present day, La Muerta is the story Maria Diaz, a soldier returning from a tour of duty in Afghanistan to be reunited with her family on “Day of The Dead”. But her brother has fallen in with an occult leaning crime cartel and when they see the family celebrating, they believe they’ve been ripped off by them. The entire family is murdered in cold blood.

Eight months later Maria wakes out of a coma to find her family dead and gone. She seeks justice from the police, her church, but she finds none: they are all in league with the crime cult.

Daring the impossible, Maria – aided by the mysterious Faustino – decides to dismantle the multi-pronged crime cartel. Can one woman defeat a hundred hardened criminals? Is it even possible and what will be the cost to her soul?

“La Muerta is a love letter to the films of Robert Rodriguez and Luc Besson,” says creator Pulido. “Steeped in Chicano culture, it’s like a Mexican version of The Crow meets Deathwish on Day of The Dead.” The graphic novel campaign is live on Kickstarter now. Here is the hyperlink: La Muerta