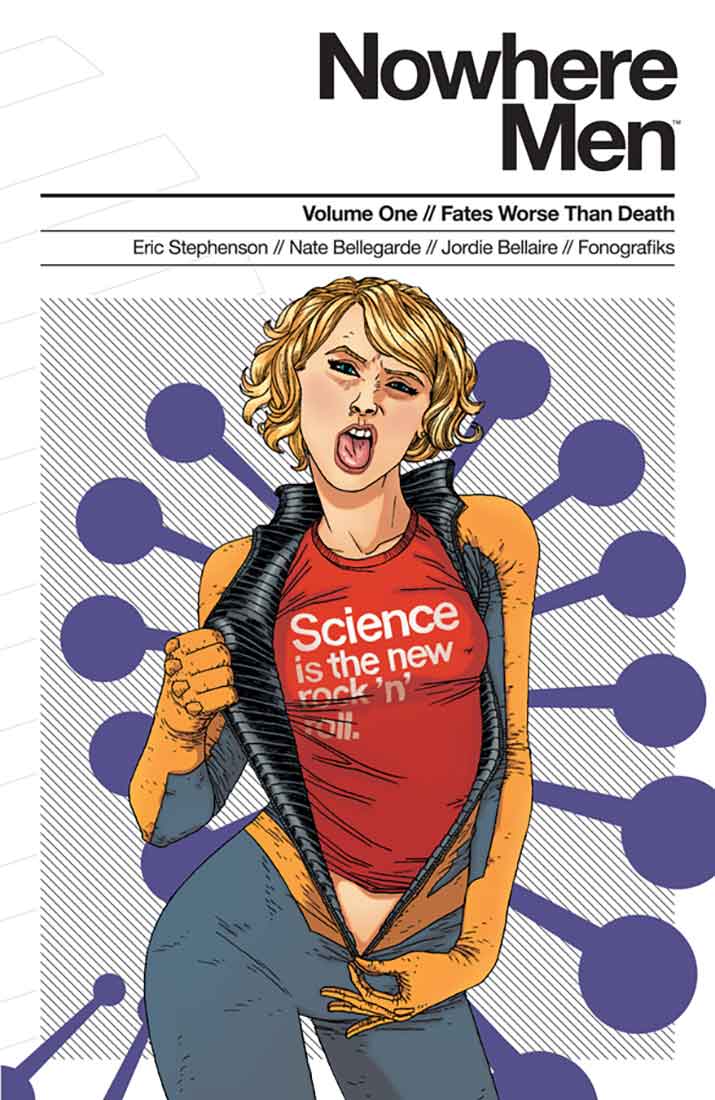 “It’s really exciting to finally be returning to Nowhere Men,” said Stephenson in a prepared statement. “I’ve admired Dave’s work since I first saw it back in the ‘90s, so learning that he was a fan of of Nowhere Men and interested in working on the book was nothing short of amazing. It’s awesome to be working with him, and I’m looking forward to seeing how his style develops as we further explore the landscape created by World Corp.”