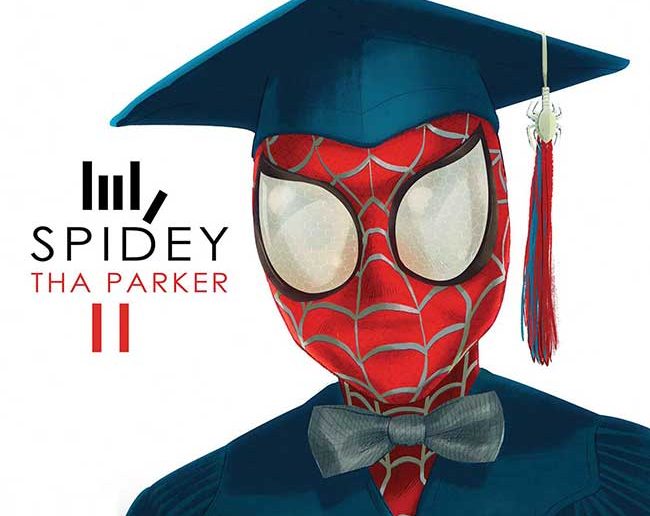 Who says there are too many Spider-Man comics? That person would be wrong, as there is always room for more Spider-Man comics. Marvel sent Major Spoilers a sneak peek of Spidey #1 by Robbie Thompson and Nick Bradshaw.

SPIDEY #1 (OCT150779)
Written by ROBBIE THOMPSON
Art & Cover by NICK BRADSHAW
Variant Covers by HUMBERTO RAMOS (OCT150780)
And SKOTTIE YOUNG (OCT150782)
Hip-Hop Variant by GYIMAH GARIBA (OCT150781)
Class is in session as these two explosive creators take Peter back to school for a classic and iconic take on the Spider-Man mythology. Familiar faces and characters populate Peter Parker’s world as he balances his double life as high school student and the high-flying, web-swinging new hero Spider-Man!