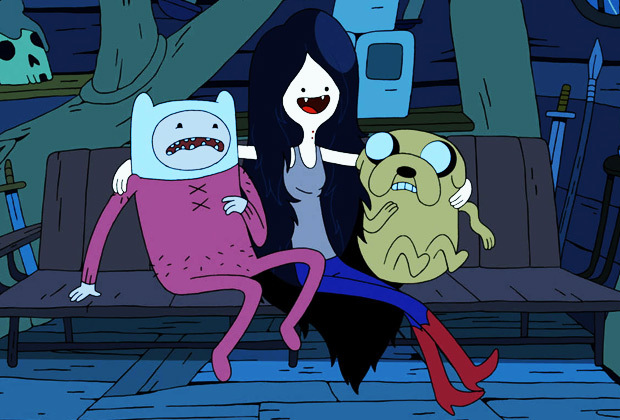 The Land of Ooo is back—and this time, Cartoon Network is answering the burning questions about one of its coolest and most mysterious residents; Marceline the Vampire Queen. “Stakes,” an eight-part journey into the diary of Marceline the Vampire Queen, is the latest in a long line of must-see’s from the prolific, Emmy® and Peabody Award-winning Adventure Time team. Viewers can sink their teeth into “Stakes” with a four-night special event beginning Monday, November 16 and concluding Thursday, November 19 at 8 p.m. (ET, PT) on Cartoon Network.

Marceline the Vampire Queen wishes to be an undead, red-sucker no more, but can Princess Bubblegum concoct a cure? At the same time, five of Marceline’s most fearsome foes return from her past. What might her most powerful nemesis, the Vampire King, have in store? Finn, Jake, Princess Bubblegum and their friends join the Vampire Queen’s fight against her immortal enemies. But for Marceline, the stakes have never been higher throughout these eight special episodes of Adventure Time!

Cartoon Network’s original animated series, Adventure Time, has received numerous entertainment award citations over the years. The series’ distinctions include the prestigious Peabody and BAFTA (British Academy of Film and Television Arts). In 2015, Adventure Time received its sixth nomination for the Primetime Emmy® Award for Outstanding Short-format Animated Program and won for the episode “Jake The Brick.” Adventure Time has also received two nominations for a Critics’ Choice Television Award for Best Animated Series (2014 and 2013) and a Television Critics Association Awards nomination for Outstanding Achievement in Youth Programming (2013). Adventure Time is created by Pendleton Ward and produced at Cartoon Network Studios.

About Cartoon Network:
Cartoon Network (CartoonNetwork.com) is Turner Broadcasting System, Inc.’s #1 ad-supported cable network with kids 6-11 in the U.S., with a global offering of the best in award-winning animated entertainment for kids and families across multiple platforms. Available in 192 countries and over 370 million homes, Cartoon Network takes its responsibilities to its audience seriously by embracing key social issues affecting families with initiatives such as Stop Bullying: Speak Up.
Turner Broadcasting System, Inc., a Time Warner company, creates and programs branded news, entertainment, animation and young adult media environments on television and other platforms for consumers around the world.