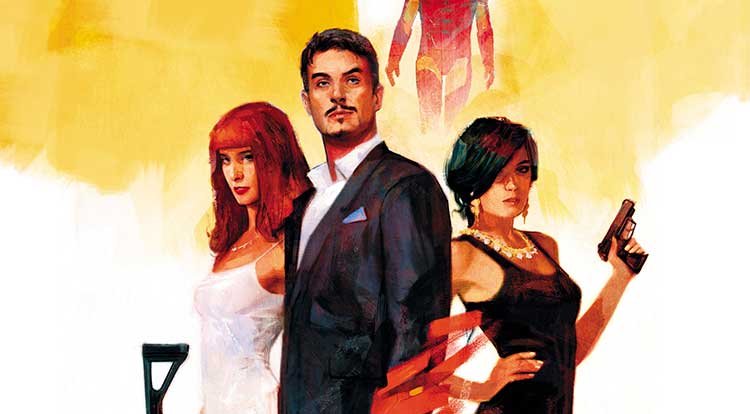 In an interview with Entertainment Weekly, Brian Michael Bendis said, “I think we all, no matter where we are in our lives, feel that the world has gotten much smaller. We can all reach out to each other no matter where we are in the world. We feel each other’s pains and victories. I think for Tony it’s like that times 100. He’s much more aware of the global situation and how a big fight with Galactus in New York would affect things in other parts of the world.”

It makes sense, right? Why would a villain ever attack New York City with one of the largest collections of superheroes within a stone’s throw? Any self-respecting big bad would want to attack other places first.

“We’ll be dealing with some of the criminals in the Marvel Universe who are smart enough to put that together in their head finally. Tony’s gonna be racing to help people that don’t necessarily always get the attention of the Marvel superheroes,” said Mr. Bendis.

But you can’t protect the world with a can of Red Bull and a tin suit, you are going to need some help, and it looks like Tony Stark has found his team mate under the hood of Doctor Doom.

“Doom knows where the bodies are buried…he knows a lot of stuff that Tony doesn’t know.”

International Iron Man #1 arrives in early 2016, according to the comic publisher, and the premise is just interesting enough to check out.