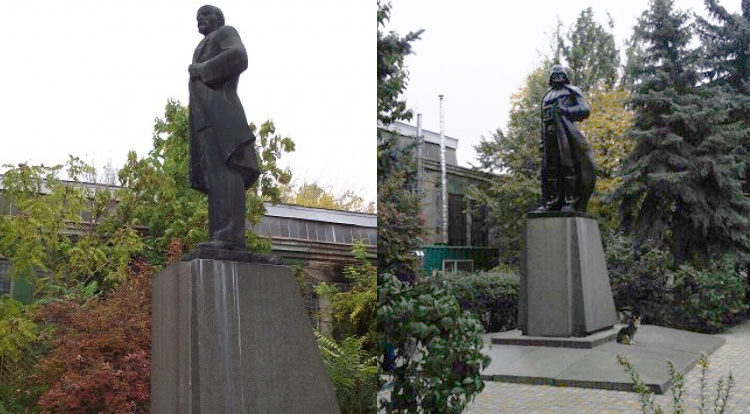 A recent Ukrainian bill prohibited all communist propaganda in the country, but instead of tearing down a Lenin statue one artist turned to the dark side.

Alexander Milov of Odessa, Ukraine recently turned a bronze statue of Vladimir Lenin into Darth Vader. Milov said that he left the Lenin statue intact “ so that “so that the grateful or not-so-grateful descendants could exhume him, if needed.” Not only is the Vader statue a work of art, but it even has WiFi emitting from his helmet. In case the WiFi is ever locked I’m guessing the password is “Podracer#1” or “AnakinHeartsPadme”. Milov hopes that the Darth Vader statue encourages tourists to come visit Odessa and I, for one, believe that people will come from great distances to see it. And it’s not because Star Wars is one of the largest properties on the face of the Earth. Oh, no. It’s because I live two hours away from the world’s largest ball of twine which I know has people stopping on a daily basis to take photos with.