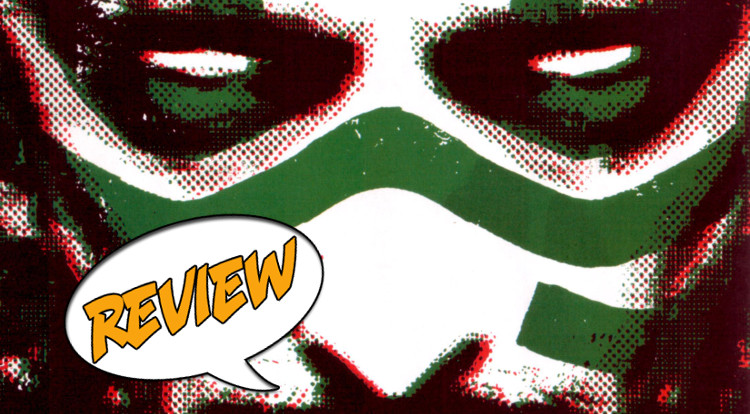 Who is Karnak?  Why does he have his own title as part of the All-New All-Different Marvel?  Where is he eight months after Secret Wars?  Does it matter?  Why does he look so cool now?  The answer to these questions (well, not all of them) are in your Major Spoilers review! Previously in Karnak: Secret Wars happened.  Which hasn’t ended yet (in real life).

KARNAK IS KIND OF A JERK.  I LOVE IT.

If there is anything that could get me to pick up a book starring Karnak, it would be Warren Ellis writing it.  Karnak is another character I’m not familiar with in the slightest so when I saw the new character design and Ellis was the writer I decided to give it a shot.  I can’t say if Karnak has always been like this, but he’s a bit a jerk.  I kind of love it.  It’s a thin line to walk when writing a protagonist with an off-putting personality.  Make them too unlikable and the audience will end up hating your main character but Ellis does a great job of making readers understand why Karnak is the way he is.  He’s a philosopher and a Magister at the Tower of Wisdom who has been teaching any who will learn.  A space monk and of sorts and a bit of a hermit.  Karnak is very much all brain, no emotion and Ellis writes some fantastic dialogue for the character.  “My curse is that I see the flaw in all things…You were flawed by being born.” took the award for best quote from a comic this week.

The plot is fairly simple and set up well with Ellis providing some extra details that lend more credence to the story.  Karnak is tasked by S.H.I.E.L.D. to find a kidnapped boy who recently underwent Terrigenesis.  S.H.I.E.L.D.’s hands are tied because some people are insisting that current laws only apply to humans and that their legal powers are removed if  dealing with Homo Sapien Inhumans.  Enter Karnak.  It’s a great way to bring the character into the plot mix and definitely something a government agency would resort to.  Plus, some mystery remains around the boy as the only change the Terrigen mist gave him was to cure his allergies and made him depressed and violent.  Why would a terrorist organization be interested in kidnapping a child like that?  There are very few flaws I can find with the storytelling, though most may be with the character himself and that the actual power set, while explained, still seems a bit vague in what he can actually do to new readers.  He’s certainly a great martial artist, but I can’t for the life of me figure out how he split a bullet in half by pointing at it, but that could be due to the art.  Also, it appears that Ellis may be pushing the character to the darker spectrum of the character trait based on the last page, as there are decapitations and impaling taking place during the fight which is sure to be off-putting to some.  I enjoyed the heck out of it but can certainly understand why others may not care for it.

There were many times in Karnak #1 where I was torn between Gerardo Zaffino’s artwork.  Most times it’s dynamic, detailed, with a great sketched style and layers of backgrounds.  Others, characters look disproportionate, and backgrounds are non-existent, consisting of solid colors mostly gray and black.  He’s action layouts are very cool with lots of motion blur and the last page really has me excited for fight scenes in the series.  Still, there are moments where some quick movements made it slightly confusing as to what Karnak has done, particularly the bullet splitting scene.  I’m sure he cuts the bullet in half with his fingers but the blast from the bullet is so thick it appears as if Karnak is shooting a beam from his hand.  It’s still an awesome moment and makes Karnak look cool.  Speaking of looking cool, I find Karnak’s new design insanely awesome, something akin to a monk mixed with a street brawler from Fight Club.  Coloring is a bit too dark and splotchy at times for my tastes by it matches well with the artwork so I can’t hold it at fault too much. Overall, Karnak is a good looking, dark book that certainly matches the tone Warren Ellis is setting with the story and it’s always good to have artwork that blends well with storytelling.

BOTTOM LINE:  PICK OF THE WEEK

Karnak #1 succeeds on many different levels: making me like an unfamiliar character who is a jerk with cool and unique powers, sets up a simple story with believable plot points and dialogue and has dynamic art and action.  While there are a few flaws they are minor enough that it in no way hinders the experience.  Karnak #1 may be too dark and violent for some but Warren Ellis has done a good job introducing a character to new readers by supplying just enough information they need to know to jump right into the story.  I’m excited to see where he takes it next and hope he stays on the title longer than six issues.