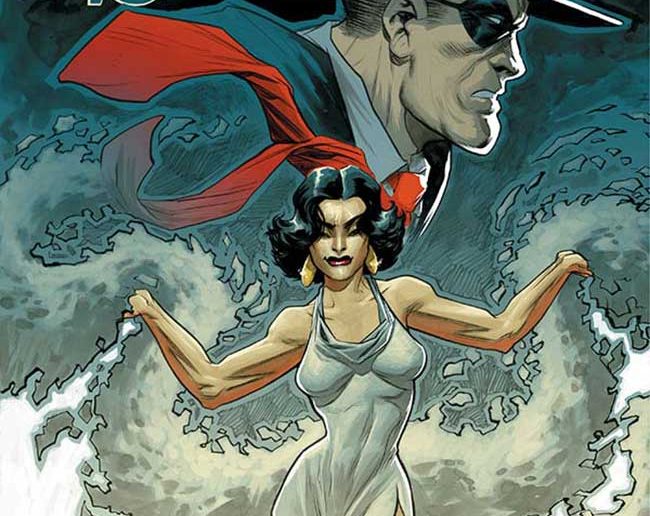 [Preview] Will Eisner’s The Spirit #4

Dynamite Entertainment sent Major Spoilers a sneak peek of Will Eisner’s The Spirit #4 that arrives in stores this week.

Will Eisner’s The Spirit #4
writer: Matt Wagner
interior art: Dan Schkade, Brennan Wagner
cover: Eric Powell
incentive cover: Eric Powell (“virgin art”)
FC • 32 pages • $3.99 • Teen+
Ebony and Sammy’s trail to discover what has become of their heroic friend leads them next to the infamous P’Gell. The sultry femme fatale claims that she certainly does know The Spirit’s fate and is willing to share it with them…but only for a price! Tales are told, some true and some false as a wintry smuggling scheme explodes into danger. Does the truth behind The Spirit’s disappearance at last stand to be revealed? This phenomenal new take on one of comicdom’s most revered and iconic characters is brought to you by Eisner Award-winning writer Matt Wagner and the visual team of artist Dan Schkade and colorist Brennan Wagner. Join this 75th anniversary celebration of comics master Will Eisner’s most famous creation!