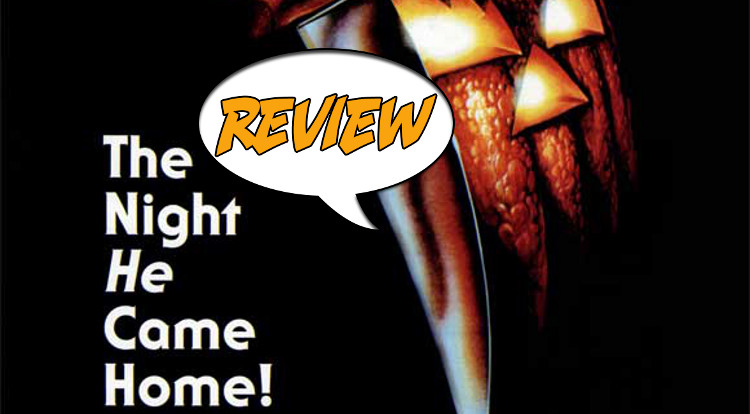 It’s Friday and so Major Spoilers presents yet another edition of Friday Night Frights. With Halloween approaching, is there any film more appropriate than… Halloween?

Real talk. I had never seen Halloween before this week. One of the most seminal films in horror history, the film that created the modern slasher genre… and the closest I’ve come to viewing it was Rob Zombie’s execrable remake (Zombiween, as my co-worker dubbed it). My only excuse is that slasher films aren’t my bailiwick generally, but I love John Carpenter’s other work. I didn’t know what to expect, but I was richly rewarded by the experience.

“I’LL BE RIGHT BACK”

Halloween has influenced (or been straight ripped off by) countless films, and it is easy to see why. The plot is basic; suburban teens are stalked and murdered by a faceless evil, while ineffectual adults struggle to contain the violence. (Donald Pleasence’s Doctor Loomis is a delight, but I love that his plan amounts to standing in a bush for six hours and hissing at children) What most of its successors miss about why Halloween is successful is the artistry with which John Carpenter transforms this premise. In the early going, his use of framing and long takes and shots create a tension that powers the film. Like Texas Chainsaw Massacre, it seems more bloody in retrospect than it actually is. The terrors of the violence are left more to the imagination, hidden in the darkness. Carpenter’s use of light and dark is especially masterful. For the characters, light is safety and the dark is danger, and there is no more motive for the killer than pure evil. Later films in the series create a convoluted, unnecessary backstory – what makes Halloween work is its simplicity and its execution.

Halloween blew me away from the beginning. The opening is a long, tracking shot from the perspective of a young Michael Myers. We voyeuristically watch a young couple neck through a window, then enter a house, acquiring a mask and a knife. The soundtrack is Myer’s breathing and a sustained keyboard tone so primordial that it upset my dog. Now, I’ve seen a lot of criticism about how Halloween is a misogynistic morality play that fetishizes purity and encourages violence. I argue that this shot actually reflects on the audience. By making us complicit in the voyeurism and violence, Carpenter invites the viewer into a very dark place. But Michael Myers’s supposed puritanism isn’t celebrated by the film, it is condemned by it, and perhaps us as well. The Joe Bob totals for this film are six bodies, multiple stabbings, two chokings, one Donald Pleasence goatee, one famous “I’ll be right back” murder, Knife Fu, Hanger Fu, Sewing Needle Fu, several instances of laissez faire corpse disposal and one telephone cord strangling. Check it out.