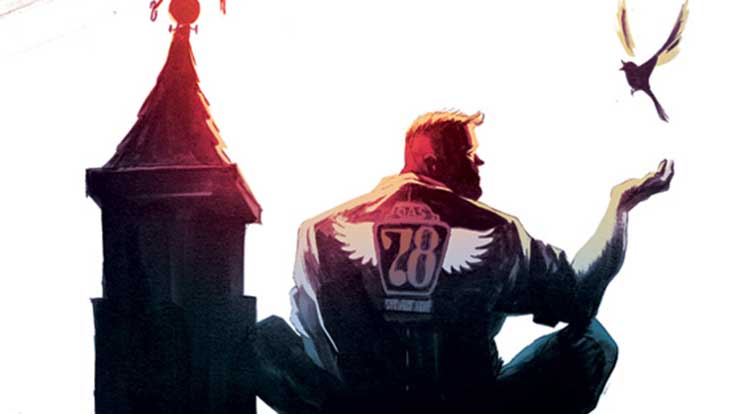 Image Comics has announced the writer Mark Millar, and artist Rafael Albuquerque are teaming for Huck, a new series arriving in November.

Huck was originally announced at Image Expo earlier this year, and the publisher describes the issue as follows:

HUCK #1 is set in a quiet American town, where Huck uses his special gifts to do a good deed each day. His neighbors return the favors by keeping his abilities a secret. But when a newcomer alerts the media, a firestorm erupts, sending Huck on an adventure that will change everything and show him where he came from.

Though this series comes out in a year that saw Kingsman: The Secret Service do very well in the box office, and positive reviews of Jupiter’s Circle and Chrononauts capture comic readers attention, Millar claims this is the project he is most excited about. “I couldn’t stop writing this and just fell in love with the character, who’s unlike anything else I’ve ever written and anything else I’ve seen in a comic before. I think people are going to go crazy for this one and having Rafael [Albuquerque] on the art just pushed the whole thing into overdrive for me. I think it’s the best art of his career and I wish it was out right now just so people could see the magic he’s working.”