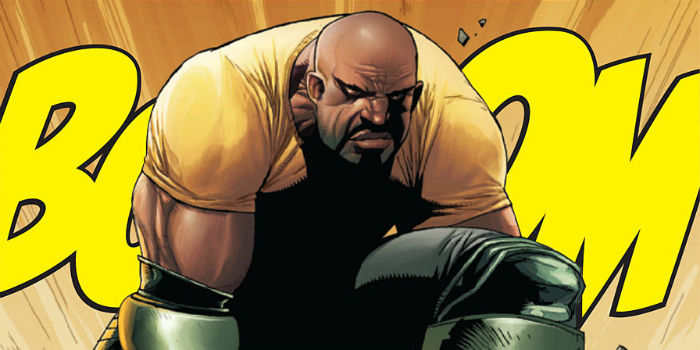 [NYCC’15] Marvel’s Luke Cage Gets a Time and Place

In an interview with Comicbook.com during New York Comic Con about his role in the Jessica Jones streaming series actor Mike Colter dropped when in the great chronology of the Marvel Cinematic Universe his Luke Cage series will drop and whereabouts in New York City the action will be taking place.

“I can tell you what they’ve allowed me to, which is basically, Luke Cage will take place a few months after Jessica Jones. So, in real time, if you watch Jessica Jones, you’ll find Luke Cage uptown in Harlem, working, trying to make ends meet. Luke Cage really hasn’t figured out what he’s doing. He’s tending bar, he’s bouncing around. And for good reason, he’s a fugitive, he has some skeletons in his closet” “He’s trying to basically stay off the radar. The people he hangs around with, though, are in need. Ultimately, he’d rather be alone, but with the way he’s equipped he does step up. That’s what it’s about, it’s about finding that inner feeling to make you want to take action. Sometimes we just sit around, and sit on our hands and don’t do anything because it’s like ‘hey, that’s not my problem.’ You can’t do that when you’re a superhero. You have these gifts, now use them.”

“So I can say you’ll find him uptown in Harlem, and in a completely different world from Hell’s Kitchen.”

Luke Cage is slated to be the third Marvel series airing on Netflix following both Daredevil and Jessica Jones, although no premier date has been announced.