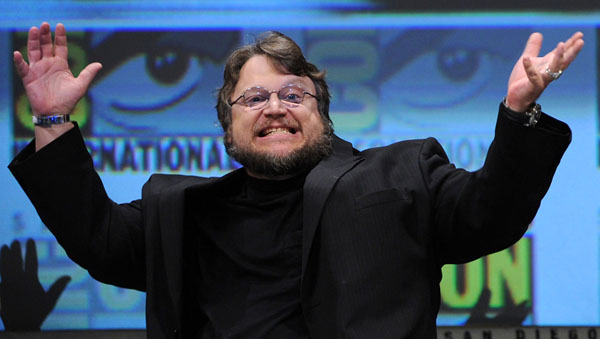 In an interview with The Guardian auteur Guillermo Del Toro spoke about his upcoming film Crimson Peak (hitting cinemas on Friday), and his inclination to work on more films like that, rather than pursuing Pacific Rim 2 or Justice League Dark both of which have been in developmental Hell at their respective studios.

“What I can tell you quite safely is, I don’t intend to keep on doing big, giant Hollywood movies for much longer. ‘Crimson Peak’ is a great permit for me to work on a smaller scale. I mean, it’s big for a drama, but it’s a much smaller undertaking than ‘Pacific Rim’ or ‘Hellboy.’” “I can’t say which ones, but I’ve been offered gigantic movies in the superhero genre, but I don’t like the superheroes that are … nice. I like the dark ones, so ‘Blade’ and ‘Hellboy’ were right for me. The mechanics of action only interest me when it’s a universe very, very close to my heart, which ‘Pacific Rim’ is, and I love it. I’m not going to pursue action movies or superhero movies at all any more. I hope I can go back to doing the smaller, weirder ones.”

Are you going to see Crimson Peak this weekend? What do you think of Del Toro’s decision? Let us know in the comments!