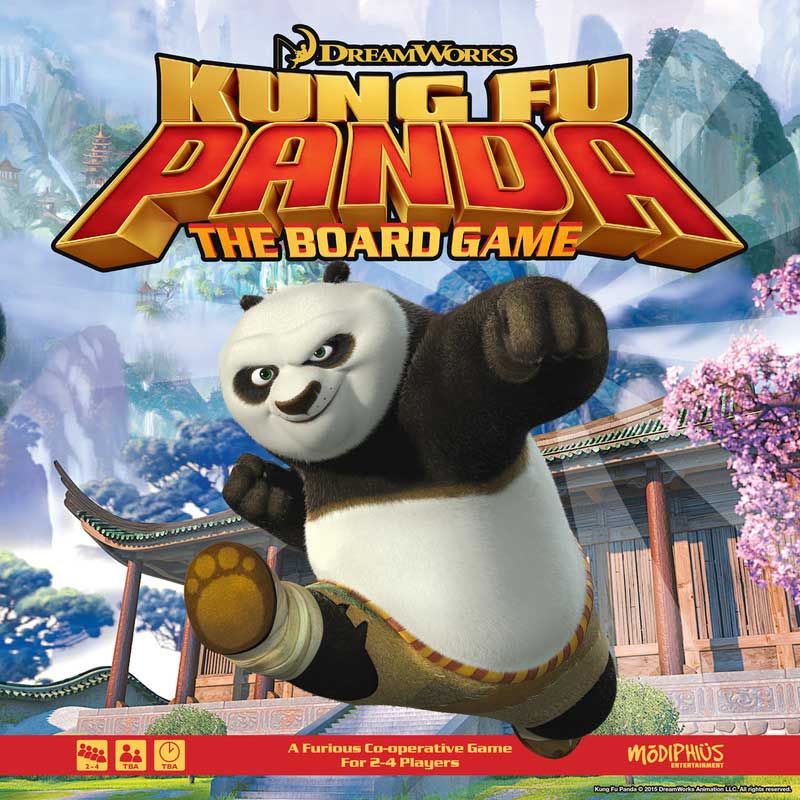 MODIPHIUS ENTERTAINMENT, a UK based publisher of tabletop games has announced a licensing deal with Dreamworks Animation to produce an official boardgame based on Kung Fu Panda.

Letting you step in to the action as either Po or one of the Furious Five, the boardgame will feature intense dice rolling action, as the players co-operate to defeat Tai Lung and other villains from the Kung Fu Panda films and animated series.

Each of the heroes; Po, Tigress, Monkey, Mantis, Crane and Viper will be represented by awesome miniatures and have a growing arsenal of martial arts as they progress through a series of exotic adventures. By defeating villains, completing quests and helping others, players will gain Kharma to upgrade their characters abilities and secure the use of legendary artifacts from Master Shifu with which to face yet deadlier perils.

Kung Fu Panda The Board Game will be launching at GenCon 2016 and available to retail from September 2016.