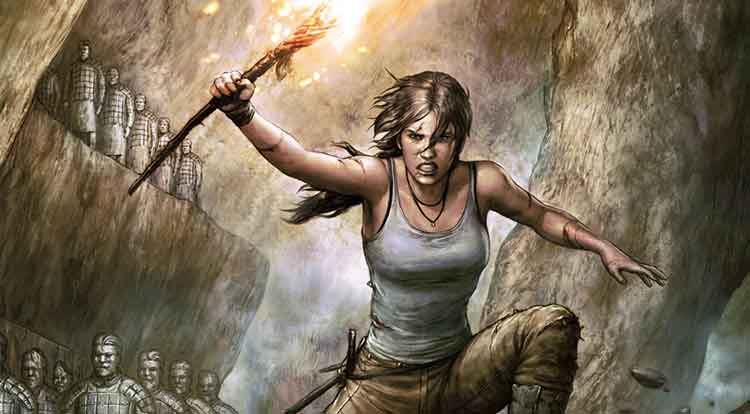 Lara Croft and the Frozen Omen arrived in stores this week, and though it is a mini-series, Dark Horse Comics isn’t leaving you high and dry, as the publisher has revealed another Tomb Raider series is just around the corner.

Mariko Tamaki has been tapped by the publisher to write the new series , which follows the adventurer through a whole net set of challenges.

“I am thrilled to be given the opportunity to write up some adventures for Lara Croft. I feel like I’ve just gotten this new, incredibly daring, strong, valiant friend, and now I get to think up super-cool stuff for her to do,” said Mariko Tamaki. “And she has to take me with her. And we can go anywhere, and do anything? Right?! What could be better than that?”