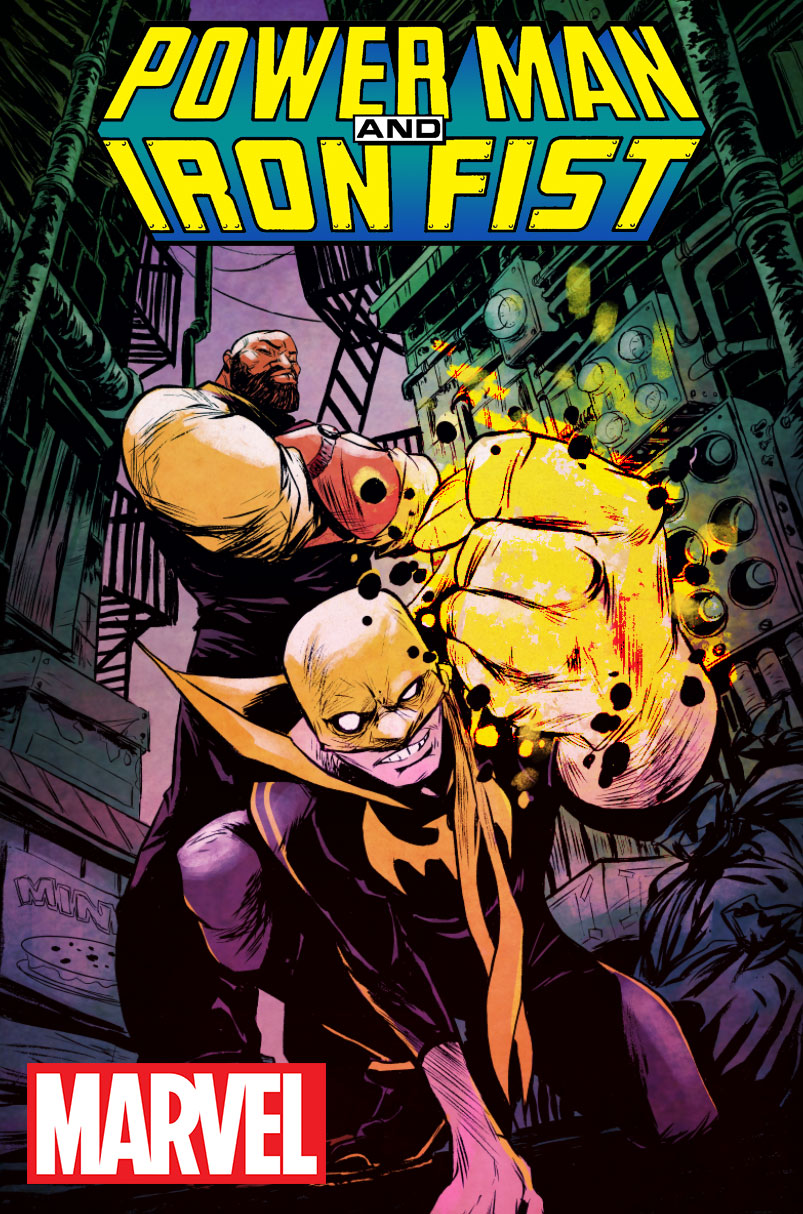 Luke Cage and Danny Rand, once a dauntless duo of street-fighting justice, have drifted apart. But when an old friend comes to them in trouble, the boys are back! Can the former besties best brutal bad guys, dangerous weapons, and sinister plots all while rekindling Marvel’s mightiest bromance?

“I’ve loved these two characters since before they even teamed up,” exclaims series writer David Walker. “When Power Man and Iron Fist first teamed up back in the late 1970s, their title quickly became one of my favorite books, and it was always something I fantasized about writing. Seeing them back together is like being reunited with your oldest friends. ”

The passion for this heroic duo has withstood the test of time through the all of Marvel fandom and Marvel is confident in enlisting a creative time that is primed to take Luke Cage and Danny Rand on exciting new adventures. “David and Sanford are both extremely well versed in the background of these characters, the world they’re from, but they’re also bringing their own style to this,” explains series editor Jake Thomas to FastCompany. “Expect some solid, old school Marvel characters—both enemies and allies like, say, Tombstone and Black Mariah—to show up.” David Walker and Sanford Greene deliver so much fast action and wild adventure it takes two heroes to handle it! If you need help, if you’re lost and alone, if you need a champion, the brawler with unbreakable skin and the kung fu fighter with chi-powered fists are for hire! Just tell your local comic retailer that you want your copy of POWER MAN AND IRON FIST.

About Marvel Entertainment
Marvel Entertainment, LLC, a wholly-owned subsidiary of The Walt Disney Company, is one of the world’s most prominent character-based entertainment companies, built on a proven library of more than 8,000 characters featured in a variety of media over seventy-five years. Marvel utilizes its character franchises in entertainment, licensing and publishing. For more information visit marvel.com.