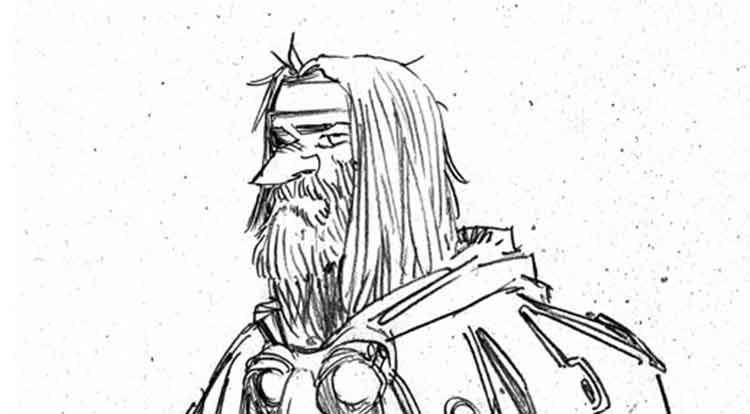 Previously in BLACK SCIENCE, the use of The Pillar has allowed Anarchist scientist Grant McKay to travel to any possible universe. His was never a safe endeavor. The Anarchist League of Scientists has come to harbor two goals: clean up the Eververse and get home.

In BLACK SCIENCE #17, a bold new era begins. New readers are invited to join the Dimensionauts in a psychedelic journey of the soul.

“This is the perfect jumping on point,” said Remender. “This is the most imaginative arc yet, on a world where nothing is as it appears, and the origins of the strange beings plays a large role in the series to date. This is also where we slow down a bit and really examine who Grant McKay is.” He added, “It’s Matteo and Moreno’s best work to date, if these preview pages don’t sell you nothing will.”