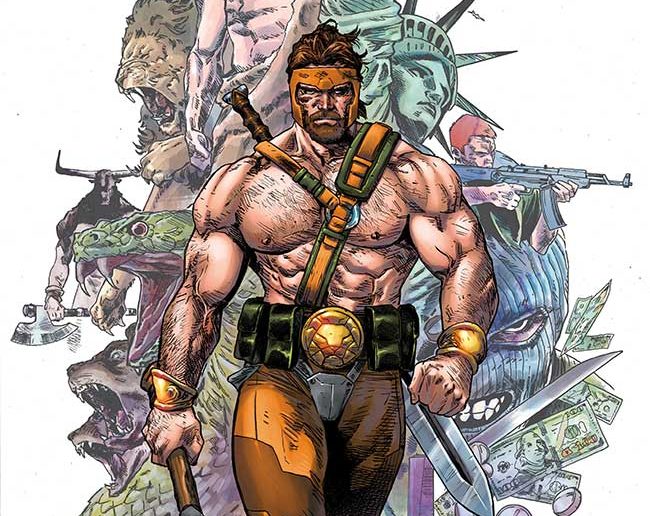 Marvel has released an early look at Hercules #1 by Dan Abnett and Luke Ross.

HERCULES #1 (SEP150711)
Written by DAN ABNETT
Art by LUKE ROSS
Cover by CLAY MANN
Variant Covers by SKOTTIE YOUNG (SEP150715) & JAY ANACLETO (SEP150712)
Action Figure Variant by JOHN TYLER CHRISTOPHER (SEP150714)
Hip-Hop Variant by THEOTIS JONES (SEP150713)
Time to show the world why he set the bar for heroism in the first place. Whether its street crime or cosmic level threats, not labor is too big or small for the greatest son of Olympus. But a new evil has awoken – one that will push the demi-god to the limit and test his mighty resolve. Witness the Marvel Universe through the eyes of one of its most powerful warriors, and the heart of a true champion.