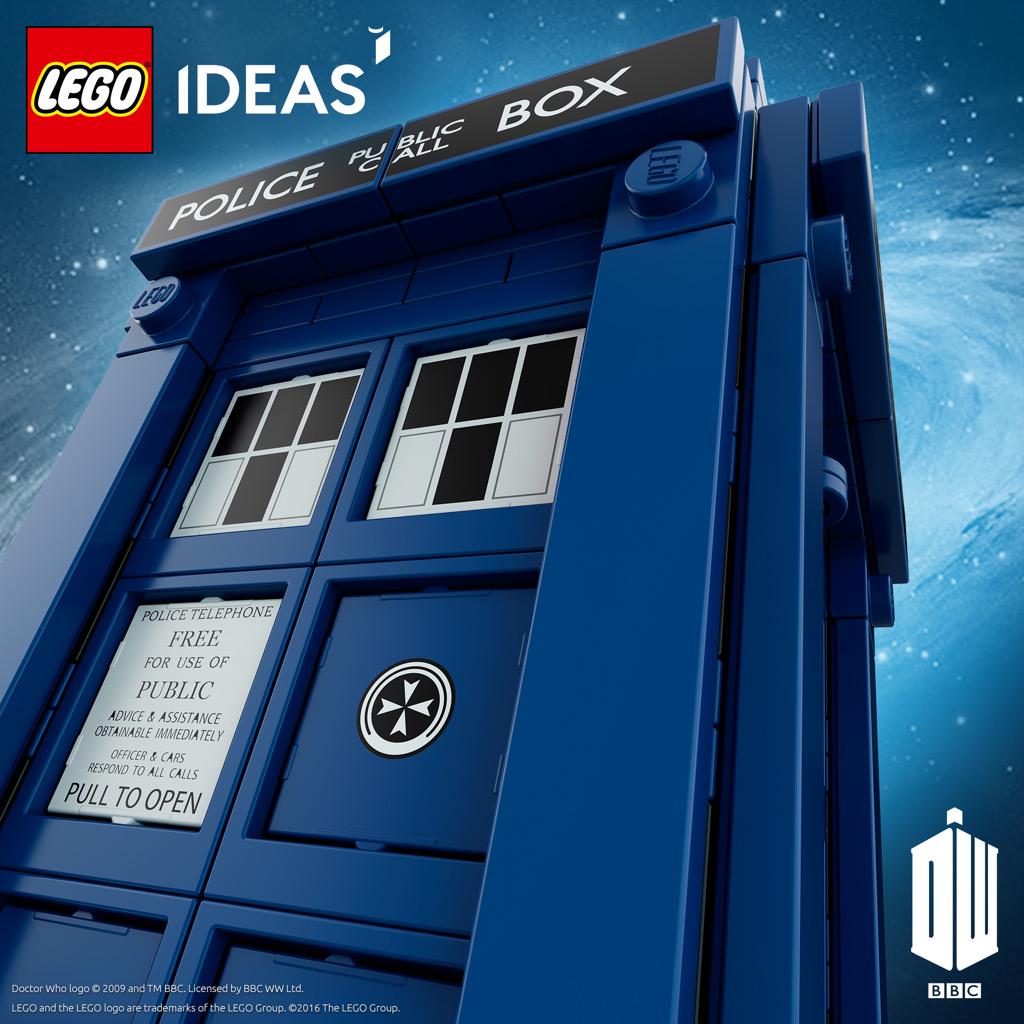 [TOYS] LEGO teases us with Doctor Who playset

Way back in the long ago time, LEGO revealed that it had reached an agreement with the BBC over Doctor Who licensing, and even approved a submitted LEGO Doctor Who set at the LEGO Ideas site. This morning, LEGO teased us with the promise of the imminent release of that set..

Building is bigger on the inside… The #DoctorWho #LEGO play set is coming soon from #LEGOIdeas! pic.twitter.com/jhtkvvN8Fw — LEGO (@LEGO_Group) October 5, 2015

Interestingly, both of these teaser images look spot on to the LEGO IDEAS set that was approved over a year ago. Keep in mind the above images were fan submitted as part of the LEGO IDEAS process, and it is up to LEGO to design the final look and pick the Doctor included in the set. And, while it would be great to get all of the Doctors in one set, my guess is we are going to get the Capaldi version – if for no other reason than that is the default Doctor currently in the LEGO Dimensions game set.

There is no word on the release date (as of this post), but I expect it will occur around the same time as Wave Two of the LEGO Dimensions game is released.