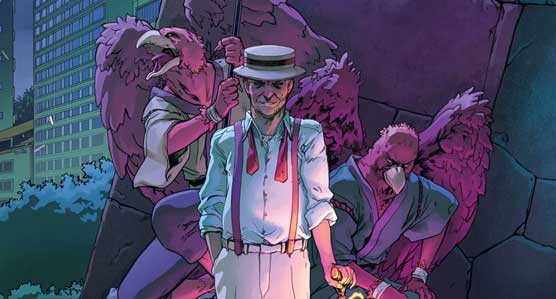 Image Comics has announced that the popular Wayward series by Jim Zub, Steven Cummings, and Tamra Bonvillain gets a new story arc beginning in November.

Previously in WAYWARD, Rori Lane faced some unique challenges settling into her new life in Japan. She and an eclectic band of other gifted youths battled the dark underbelly of the supernatural. The battle was not without its losses, and it continues to rage.

In WAYWARD #11, the new gods of Japan rise in Tokyo and the world will never be the same. The question is: will the old myths survive?

“Our second story arc ended with massive revelations and the repercussions of those will ripple across Japan and beyond,” said Jim Zub in a prepared statement. “The supernatural forces that hunt our teens have been thrust out into the open and a clash between the old world and new will push Tokyo to the brink of disaster. It’s big crazy stuff and I can’t wait for readers to see what we have in store.”