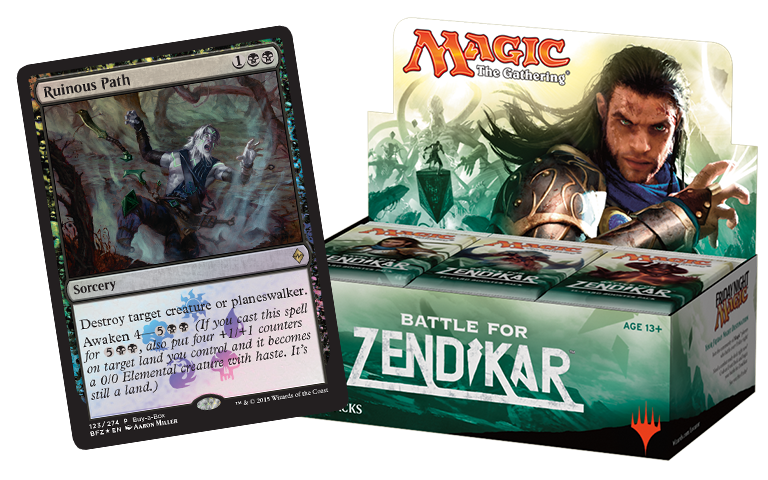 [Gaming] Magic: The Gathering Battle for Zendikar is out now

Magic: The Gathering fans, I hope you were in line to pick up the Battle for Zendikar expansion that arrived on Friday. If you missed it, today would be a good day to check out the new set, and be on the lookout for the Pro Tour Battle for Zendikar coming up on October 16th.

More than 20 million Magic players and fans worldwide will be excited to return to the fan favorite plane of Zendikar, where allied teams of elves, vampires and humans struggle against the monstrous alien Eldrazi, who are threatening the entire world with destruction. Some of Magic’s most iconic hero Planeswalkers, the Zendikari people and even the land itself battle to reclaim their world starting Friday, October 2.

Certain packs of the Battle for Zendikar set will include a very rare version of some of Magic’s well-known cards. Called Zendikar Expeditions, these cards have gorgeous foil art featuring the beautiful Zendikari landscapes.

Hosted by Ashly Burch and Wil Wheaton, we introduce the world to Battle for Zendikar. Hear from R&D’s Doug Beyer and Mark Rosewater!