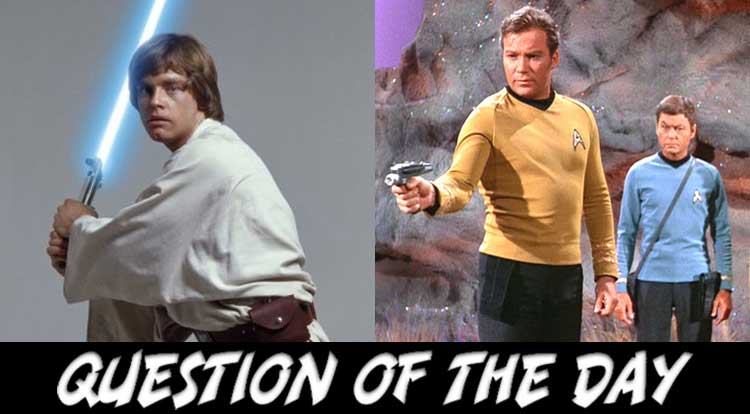 Major Spoilers Question Of The Day: Phaser or Lightsaber Edition

Some would call it the greatest rivalry in pop culture: Star Wars, that quasi-fantasy ‘Knights In Space’ versus evil ebony samurai tale; or Star Trek, cowboy diplomacy with pew-pew phaser guns and great sideburns.  Rodrigo says it’s a question of knights versus cowboys, Stephen a question of science fiction versus fantasy, but I have a different theory: It’s all about cool laser swords versus cool rayguns.  Indeed, I’ve always loved the design of the Type II phaser, even when I was a young lad, and have one carefully hidden (read: “misplaced”) in my Major Spoilers office right now, leading us to today’s photonic query…

The MS-QOTD (pronounced, as always, “misquoted”) likes both franchises most equally, but finds that the one-two punch of Avery Brooks and “Pew-pew-pew!” give phasers a slight edge, asking: Which would you rather carry: Phaser or Lightsaber?