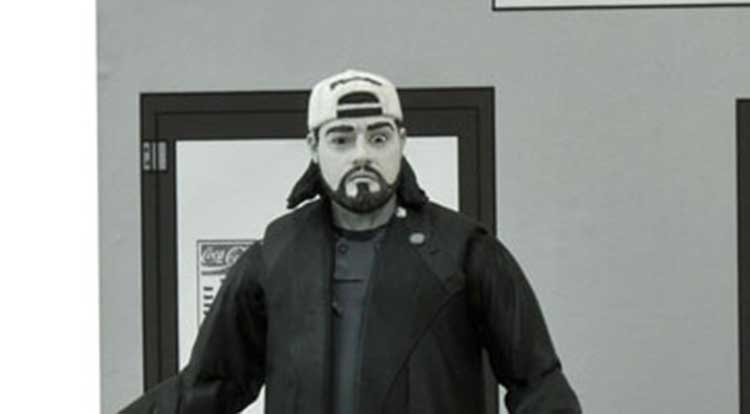 When Kevin Smith released Clerks 20 years ago, he probably had no idea that we’d be scrambling to get our hands on his 7-inch toy. Diamond Select Toys has announced Select-Scale figures of Dante, Jay, Randal, and Silent Bob to add to your collection.

Each 7-inch scale, fully poseable action figure is captured in the film’s famous black-and-white palette, and includes film-accurate accessories as well as a diorama base. Quick Stop employee Dante Hicks and perpetual loiterer Jay each come with half of the Quick Stop, while RST Video employee Randal Graves and spectator Silent Bob each come with half of RST Video! The cardboard backdrops fit into the sidewalk bases, and can be reversed to show the interior of each store! Collect all four to build the shopping center! I like the idea of the backdrops for display, I wish they were more than just cardboard though…

The Clerks Select ActioN Figures are sculpted by Patrick Piggott, and are available right now for $24.99 each.