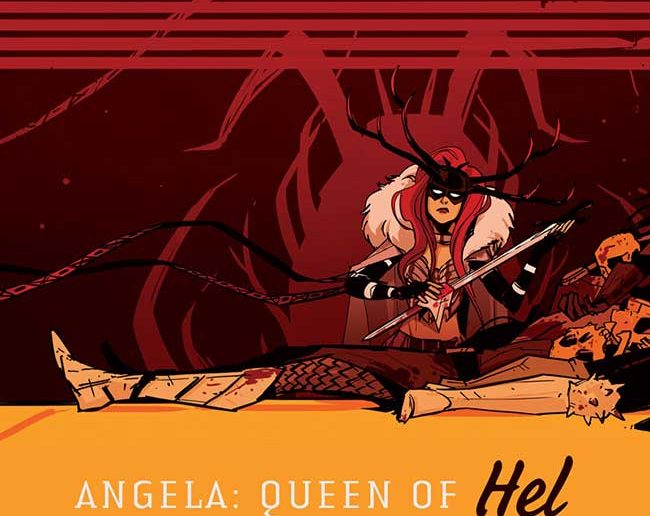 ANGELA: QUEEN OF HEL #1 (AUG150715)
Written by MARGUERITE BENNETT
Art by KIM JACINTO & STEPHANIE HANS
Cover by JULIAN TOTINO TEDESCO
Variant Cover by STEPHANIE HANS (AUG150716)
Hip-Hop Variant by ANNIE WU (AUG150717)
Stolen from Asgard, exiled from Heven and robbed of Sera, her greatest companion – Angela is out for revenge. Plunging deep into the blackest depths of Hel to recover her friend, she’ll come face-to-face with the worst the underworld has to offer. Once there, the lost princess of Asgard will carve out a realm of her very own – as its new Queen! But in her attempt to save her friend, has she lost herself?