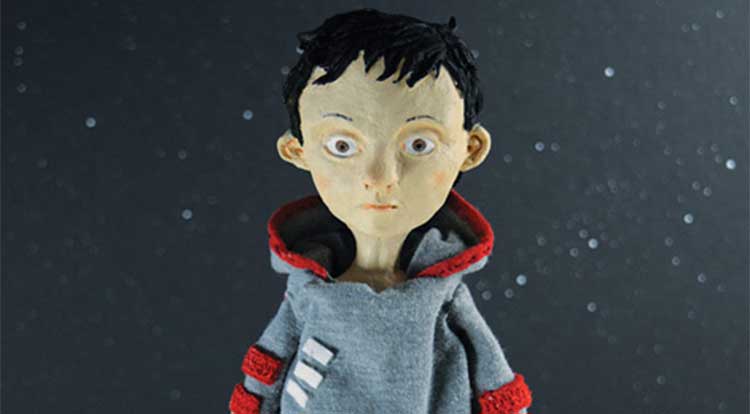 Previously in DESCENDER, readers met the young robot boy TIM-21 and his companions as they struggled in a universe where androids are outlawed and the skies are all but safe from bounty hunters and other thugs.

In DESCENDER #7, a mysterious figure from TIM-21’s past emerges and sends shockwaves through the galaxy.

“Arc 2 is called MACHINE MOON, and the title itself is a bit of a hint. We will see the hidden home world of the HARDWIRE, the robot resistance. More specifically, Tim-21, Telsa, Quon, and the gang will be brought there. But not all of TIM’s companions will make it that far,” said Lemire. “We will also delve deeper into the origin of TIM-22 and what makes him and TIM-21 unique from one another and what their existence means to one another and to the larger mystery. And on top of that we will introduce a MAJOR new character. One I am very excited about. One with links to TIM-21’s past and one who will change the course of the series completely.”