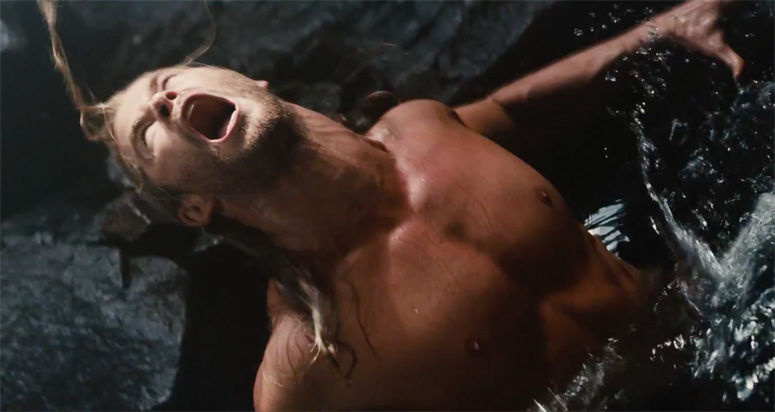 Remember that really weird scene in Avengers: Age of Ultron where Thor was thrashing around in the water while Dr. Selvig looked on like some kind of weirdo?  Watch the deleted scene, that clarifies a lot.

Thor (Chris Hemsworth) explores the future in this deleted scene from Marvel’s “Avengers: Age of Ultron,” out now on 3D Digital and Digital HD and on 3D Blu-…

According to Joss Whedon, the scene originally didn’t play well with test audiences, so the scene was trimmed down to make absolutely no sense for the rest of the world. Which proves A) test audiences are mostly moronic, and B) why would anyone want to trim down a scene that features Chris Hemsworth shirtless and wet?

Too bad there won’t be a director’s cut of Avengers: Age of Ultron as no one wants a four hour movie that is actually enjoyable.