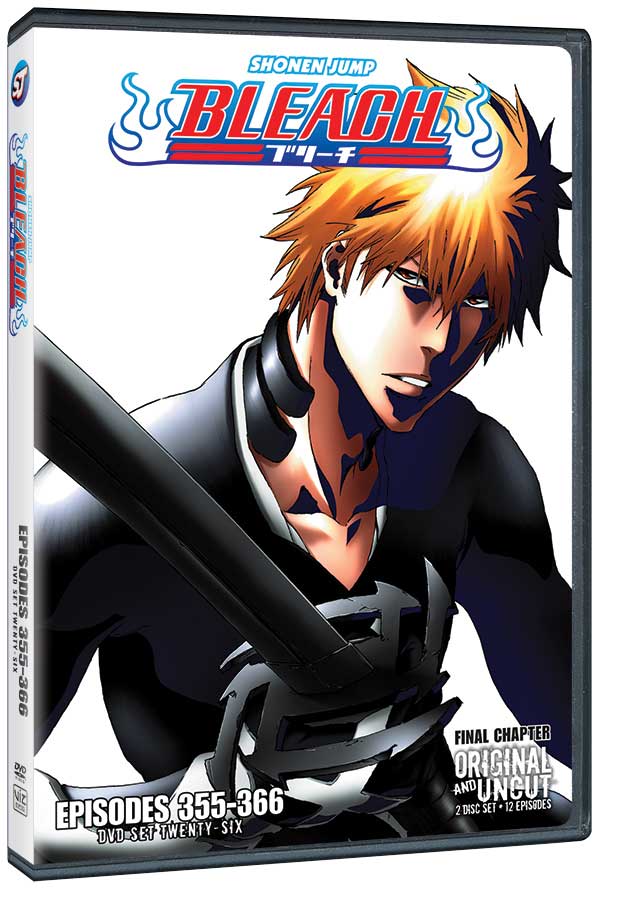 VIZ Media, LLC (VIZ Media), the largest publisher, distributor and licensor of manga and anime in North America, brings one of Japan’s most celebrated anime series to an exhilarating conclusion as it announces the home media release of the final BLEACH DVD Box Set Edition on September 29th.

BLEACH Set 26 contains 2-discs with the climactic final 12 episodes (355-366) of the series about the adventures of a clairvoyant teenager. Content is available with dialogue selections for dubbed English as well as subtitled, Japanese 2.0 audio, with episodes presented in 16×9 video. The set will carry an MSRP of $44.82 U.S. / $51.99 CAN.

In the final episodes, Ichigo begins training under Ginjo in order to develop his Fullbring powers, while Orihime and Chad discuss what little they know about Tsukishima and Uryu begins his own investigation into the attacks. Once his training is complete, Ichigo returns home, only to find that his family and friends have accepted Tsukishima as if they’ve known him for years. Confused and shaken, Ichigo goes to the one person he thinks he can rely on, but with everyone turning on him, who remains to be trusted? Find out in the anime’s final chapter!