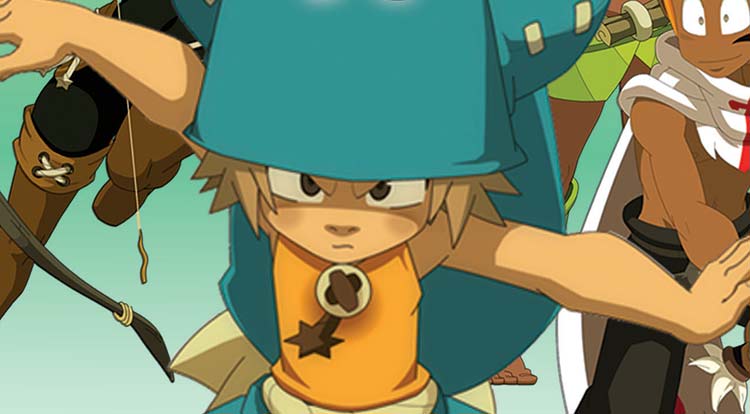 Titan Comics is thrilled to announce it has secured the license to publish Wakfu comics – based on the global sensation TV series and Ankama game!

Released by Ankama Games in 2012, Wakfu is a tactical turn-based multiplayer online role playing game. The game takes place hundreds of years after Ankama’s previous game, DOFUS. As the game popularity grew, a spin-off game, Islands of Wakfu, was released on Xbox Live Arcade in 2011 and most recently, Wakfu Raiders app debuted on iOS and Android in June this year!

An animated television series based on the game began airing from October 30, 2008. The series has also spawned a trading card game, a board game and now comics.

Intrepid hero-in-the-making Yugo and his friends stumble across a mysterious amusement park.

While the band explore, it seems that one of their number has caught the eye of the secretive and lonely Shak Shaka…

The first series hits comics stores on November 11 and is written by Kahel with art from Mig (Shak Shaka, Le Messager) and coloured by Saturax (DOFUS Monster Wa Wabbit). Wakfu #1 will be available in stores and digital platforms on November 11, 2015.