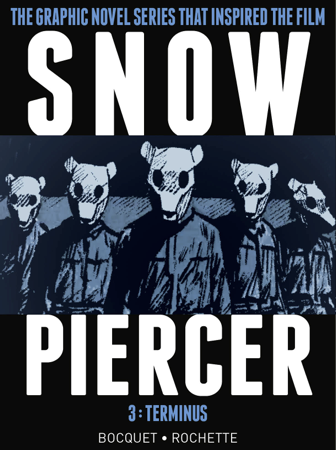 Titan Comics is thrilled to announce the publication of Snowpiercer 3: Terminus, the gripping third installment in the New York Times best-selling Snowpiercer series from award-winning writer Olivier Bocquet and the artist Jean-Marc Rochette.

Fans eager to immerse themselves further in the critically acclaimed series after the release of the movie adaptation of Snowpiercer 1: The Escape, starring Captain America’s Chris Evans, will embrace a return to the frozen, dystopian Earth.

The Icebreaker has finally stopped its endless loop around the world. The last known survivors of the human race are driven by the need to know; Could it be that they aren’t really alone in the world? Is there finally hope?

Snowpiercer 3: Terminus will be on sale in stores from February 17.