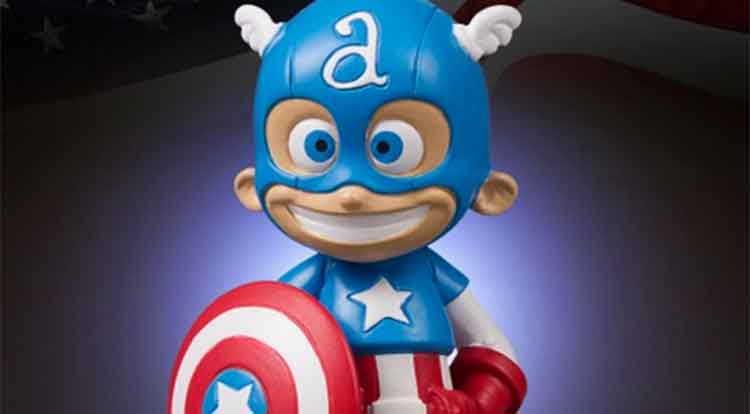 Skottie Young’s whimsical variant covers for Marvel books are big hits, so it comes as no surprise that Young’s take on Captain America is getting a statue.

Gentle Giant has taken the time to create a 3D version of kid Cap, and turn it into a statue that is actually affordable!

This red, white and blue collectible was digitally sculpted, and then printed out on state of the art 3D Systems printers. The prints were then used to create the prototypes needed to produce this fun filled statue of a triumphant, and very happy, Captain America. The Skottie Young Captain America statue is available for pre-order right now for a mere $65.00. It’s not a big statue though, coming in at 4.5-inchs tall. I expect this ministatue will sell well; Gentle Giant thinks so too, as the company stated that this is the first in a line of Skottie Young inspired statues.