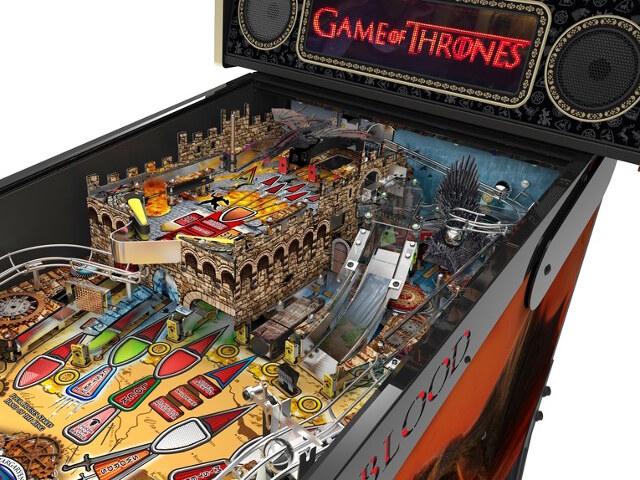 [Gaming] Game of Thrones gets its own pinball machine

With the Emmy win now in the rearview window, it’s time to focus the Game of Thrones spotlight on more important things – like pinball games!

HBO and Stern Pinball have teamed for a Game of Thrones pinball system that may appear in your local arcade in one of three versions: the Pro Model ($6,000), the Premium Model ($7,600), and the Khaleesi Limited edition ($8,800).

The basic model is somewhat nerfed as it doesn’t have the cool upper play field, doesn’t include an Iron Throne, and doesn’t have any drop targets.  So why go for this model? According to the developers, it allows for “fast and mean” gameplay.  The Game of Thrones pinball machine should appear in bars and arcades in October. If you see this machine in the wild, take a picture or video and send it to us, as really want to see this thing in action.