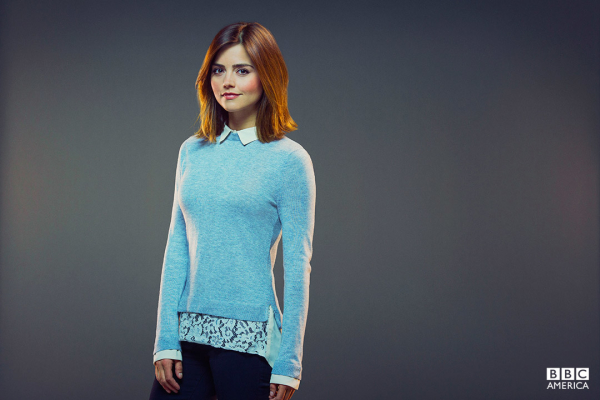 By Stephen Schleicher on September 18, 2015 4 Comments

The BBC has confirmed that Jenna Coleman, who plays Clara Oswald on Doctor Who, is leaving the series.

I expect a large number of you will rejoice over this news, while an equal number will lament the loss of the actress.  Regardless on which side of the field you stand on, it is happening – we just don’t know when. The only word from the BBC is that Coleman will leave the series sometime during season nine.

If you’ve read Doctor Who The Four Doctors series, there is a hint/indication that Clara’s departure with the Doctor may not be on the best of terms. “Jenna has been absolutely brilliant. I think she’s wonderful in the show, and she’s my favourite companion,” said Peter Capaldi in a statement to the press.