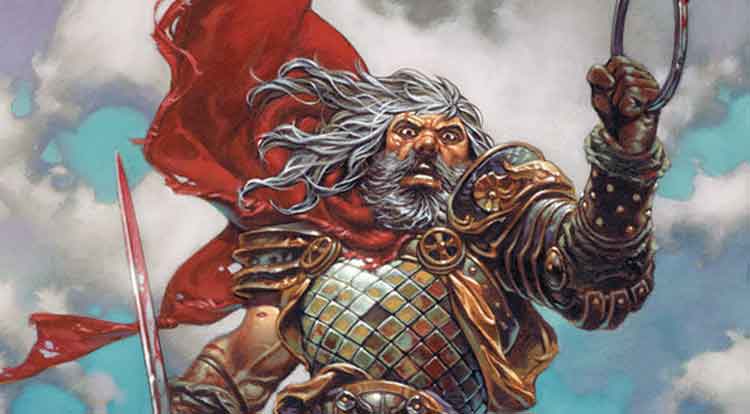 [Solicitations] Old King Conan is back for one more battle

Conan ended his career as king, but Dark Horse thinks there is one more story to be told, and it features King Conan’s final battle!

King Conan grows weary of the crown. When an old soldier visits him with talk of a cursed relic and rumors of Pictish tribes preparing a full-scale invasion on Aquilonia’s borders, Conan eagerly embarks on what could be his final adventure! King Conan: Wolves beyond the Border #1 is the first of a four issue mini-series, and arrives in stores on December 23, 2015.  The series is written by Timothy Truman, with art by Tomas Giorello.