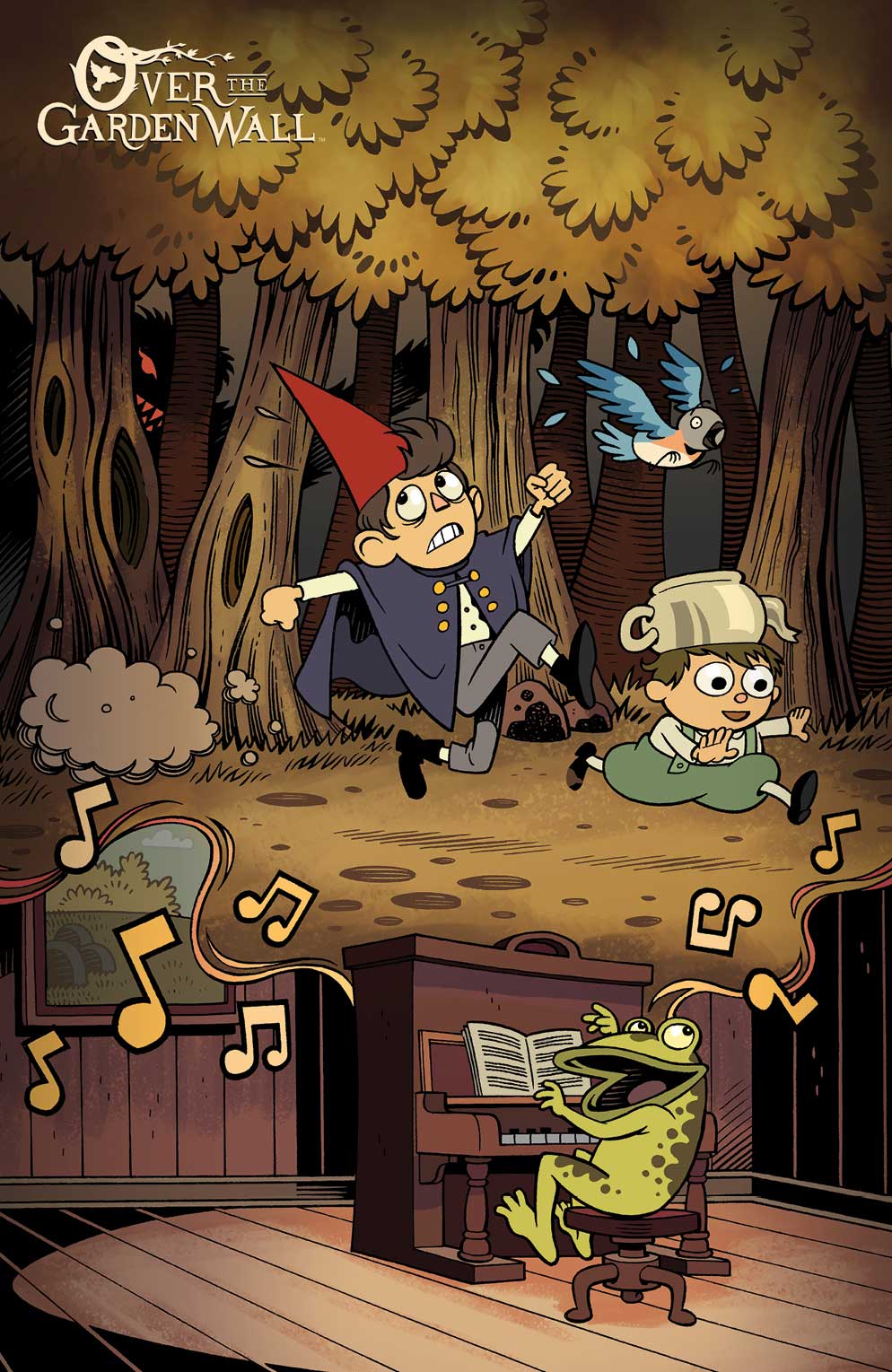 Following last week’s announcement that it will exhibit at Baltimore Comic-Con, which will take place at the Baltimore Convention Center in Baltimore, Maryland during the weekend of September 25-27, award-winning comic book publisher BOOM! Studios is pleased to announce its signing schedule and an Over the Garden Wall #1 variant exclusive.

BOOM! will have available for purchase at its booth a limited-edition Baltimore Comic-Con variant for Over the Garden Wall #1 with a cover illustrated by Roger Langridge (Abigail and the Snowman, Jim Henson’s The Musical Monsters of Turkey Hollow). Written by Pat McHale and illustrated by Jim Campbell, the issue is the first in a new four-issue mini-series based on Cartoon Network’s hit television original.

The following signings will take place at the BOOM! Studios booth #2001 during the weekend:

Raphael Sbarge, who stars in ABC’s Once Upon a Time, will also be available for autographs and photos from 2-5pm on Saturday, September 26 in a designated Celebrity Autograph Area off the floor. Fans can consult the Baltimore Comic-Con program guide for the precise location.

At its booth, BOOM! will also host artist Brooke A. Allen (Lumberjanes), who will be sketching all weekend. For $30, fans can purchase a customized illustration of their choice by Allen on a blank sketch cover of a Lumberjanes comic.

The Baltimore Comic-Con is celebrating its 16th year of bringing the comic book industry to the Baltimore and Washington D.C. area. For more information, please visit www.baltimorecomiccon.com.