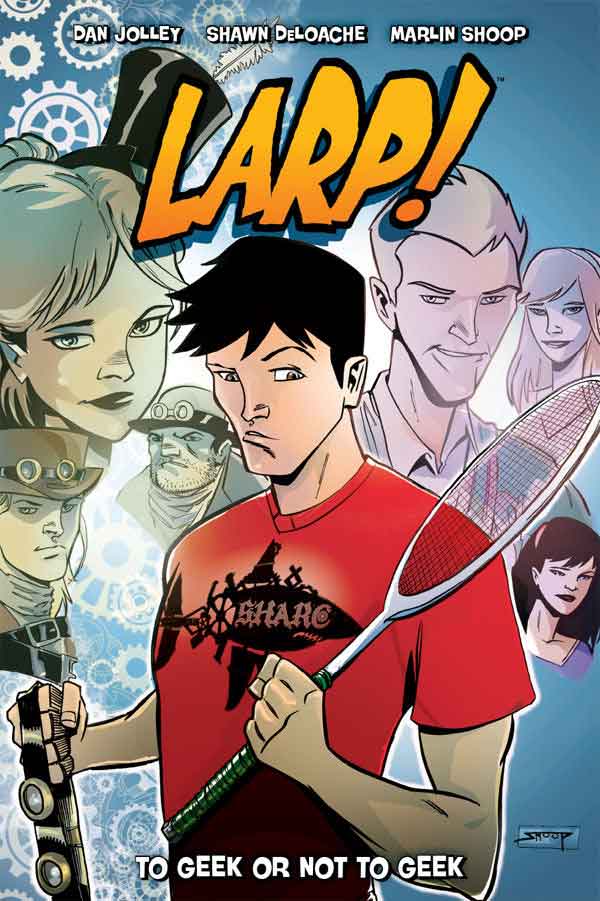 Lifelong nerd Pete Ford’s been living two lives. In one, he’s a cool kid on the tennis team, and in the other he’s Lord Blackmane in the South Haven Action Roleplaying Club. Can Pete keep up both, especially once he falls for a fellow SHARC, or will his separate lives collide?

LARP! Volume 1 is now in comic shops and bookstores everywhere! Order your copy today at your local comic shop or through these fine retailers: