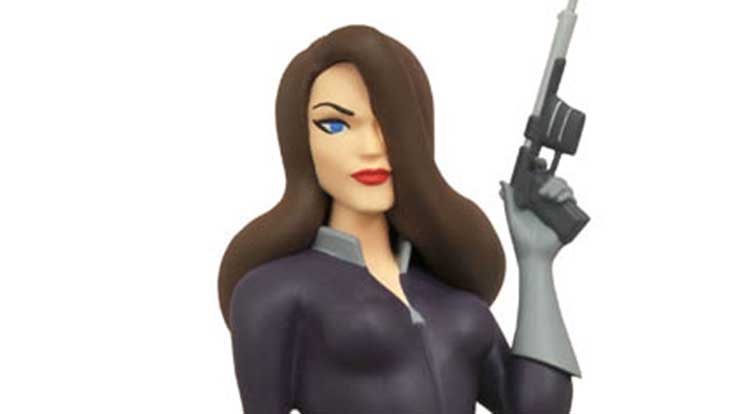 By Stephen Schleicher on September 14, 2015 0 Comments

Talia Al Ghul, the only daughter of Ra’s Al Ghul, and long time love of Bruce Wayne (who is secretly Batman… spoiler), is getting her own Femme Fatales statue from Entertainment Earth.

The Talia Al Ghul statue stands 9-inches tall, and is based on the Batman: The Animated Series designs. Varner Studios sculpted the statue, which is made from vinyl, and then painted to look like the television counterpart. The statue is in scale with other Femme Fatales statues which include Batgirl, Harley Quinn and Supergirl – You may already have all of them on your shelf right now.

The statue can only be ordered from Entertainment Earth, and has a $44.99 price tag.