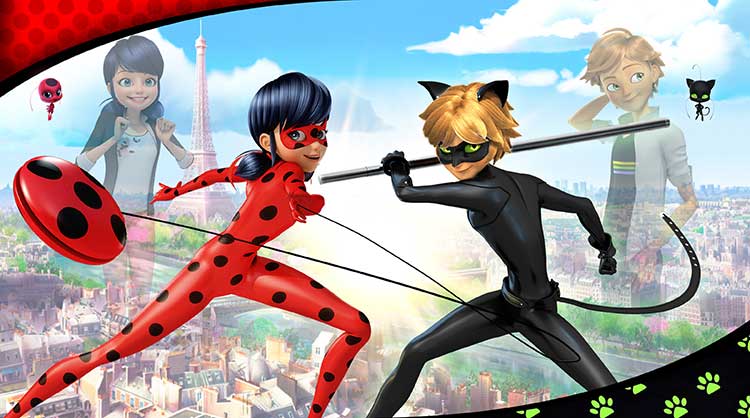 There aren’t enough animated superhero tales on television, and even fewer that feature a female hero as the lead. Nickelodeon debuts Ladybug and Cat Noir in December that features to junior high students tasked with saving Paris.

As secret identity superheroes Ladybug and Cat Noir, Marinette and Adrien must balance the crazy antics of normal teen life while stopping weekly baddies deployed by Hawk Moth to steal their powers and take over the world. With the help of their magical pets, and miraculous jewels, the duo transform into their alter egos, Ladybug and Cat Noir, and are granted powers of speed, strength, agility and a clear mind.

The series has a 26-episode commitment from Nickelodeon, and is based on an original idea by Zag, and is a co-production between Zag, Method Animation, Toei Animation and SamG, with the participation of TF1, Disney Channel EMEA, SK Broadband and AB droits audiovisuels.

The Miraculous Tales of Ladybug & Cat Noir kicks off on Sunday, December 6th at 12:00 PM E.T.