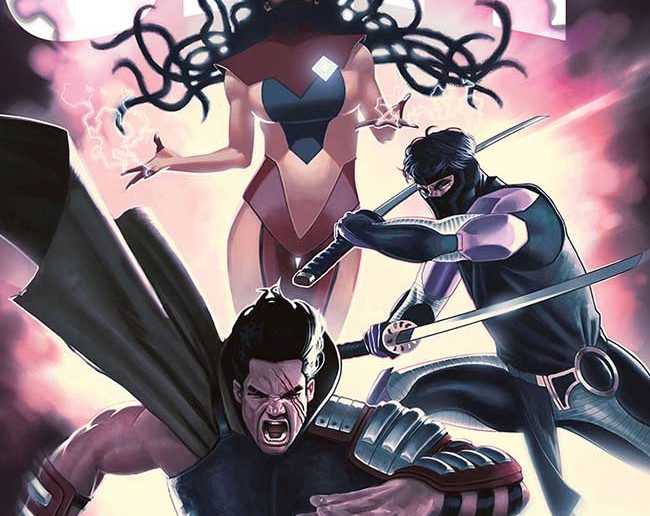 Unity #22 arrives in stores this week, and Major Spoilers has an early look, just for you.

We have met the enemy – and she is War!

War-Monger has decimated countless generations of heroes in her endless quest to sow conflict and strife throughout the world…and she’s already taken apart each member of Unity! If the team hopes to rally and stop this malevolent force of chaos…they’ll need the help of the one man War-Monger cannot defeat…the forgotten member of Unity!