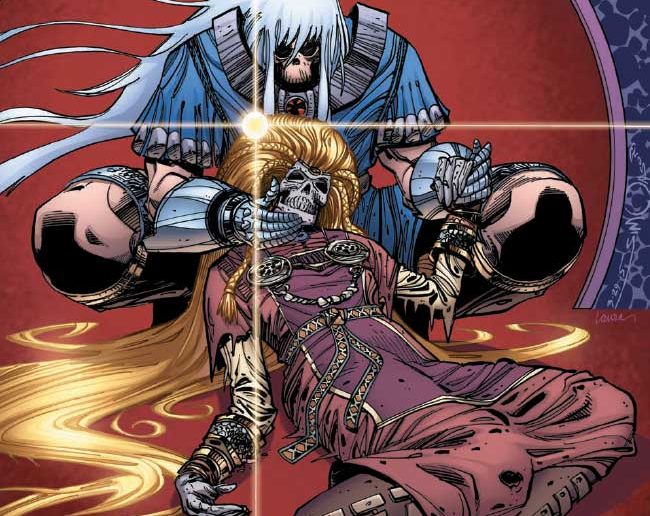 Ragnarök #6. It’s a comic book out this week. Major Spoilers has a preview. Click that button to see it for yourself. Do it!

Thor has arrived at last in Asgard. The devastation is complete, as the Thunder God searches the ruins of his home for the remains of those nearest and dearest to him. He finds not only the broken heart of his worst fears, but a secret hidden since before the final battle of the gods and their enemies, a secret that reveals the deep and devious wisdom of Father Odin, and the goodwill of a red squirrel.
FC • 32 pages • $3.99