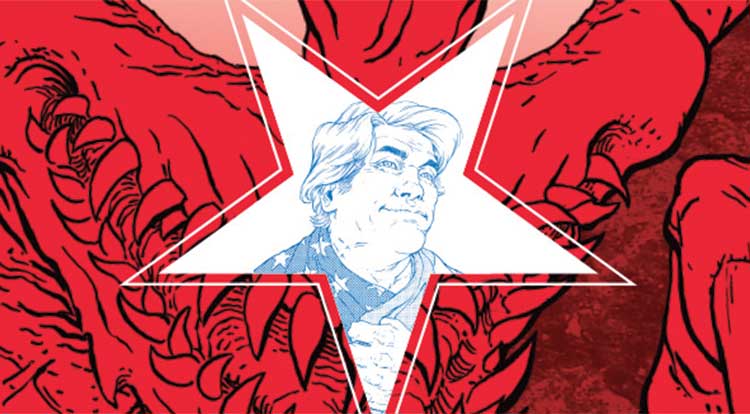 With the elections just around the corner, Image Comics has announced a new ongoing horror-comedy series from Sam Humpries and Tommy Patterson – Citizen Jack.

Here is how Image Comics describes the series:

Every presidential candidate has a skeleton in the closet—but Jack worships the devil. CITIZEN JACK tells the story of Jack Northworthy, a scandal-plagued small town politician, who should in no way be president. But he has a secret weapon: Marlinspike, a malevolent demon of high ambitions. Together, they’re running for president in an outrageous campaign that America will never forget.

”My fellow Americans, we’ve all had the experience of following politics and having one of two reactions: screaming in terror, or laughing to stop the screaming,” said Sam Humphries in a prepared statement. “In that sense, Citizen Jack is the Great American Comic Book.”

That’s a mighty bold statement, but in this political environment where big statements are being thrown out left and right, I think I put more faith into Humphries’ statement than someone with a really bad toupee.