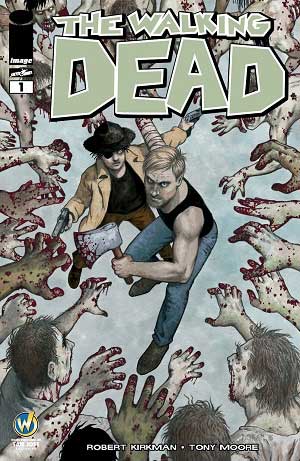 The exclusive The Walking Dead #1 edition will be produced in extremely limited quantities and is available at registration to fans at the San Jose Convention Center only while supplies last. VIP attendees will receive an additional black & white sketch version of the comic.

Doran is the artist for a new Neil Gaiman graphic novel from Dark Horse, The Book of Lost Souls with J Michael Straczynski, Big Nemo with Alan Moore for Electricomics, and projects with Stan Lee, Matt Hawkins at Top Cow/Image, and Marvel Comics.

Doran’s recent works also include “The Vampire Diaries” as writer and artist for DC, as well as art for Red Sonja, script for the Korean/American fusion anthology Komacon, and the award-winning graphic novels Mangaman and Gone to Amerikay.

Doran’s hundreds of credits also include work for Lucasfilm, Random House, Scholastic, Houghton Mifflin, Simon and Schuster, and Disney. She has illustrated Amazing Spider-Man, The Teen Titans, Wonder Woman, Captain America, Superman, Sandman, and she is the sole creator of the graphic novel series A Distant Soil for Image Comics.