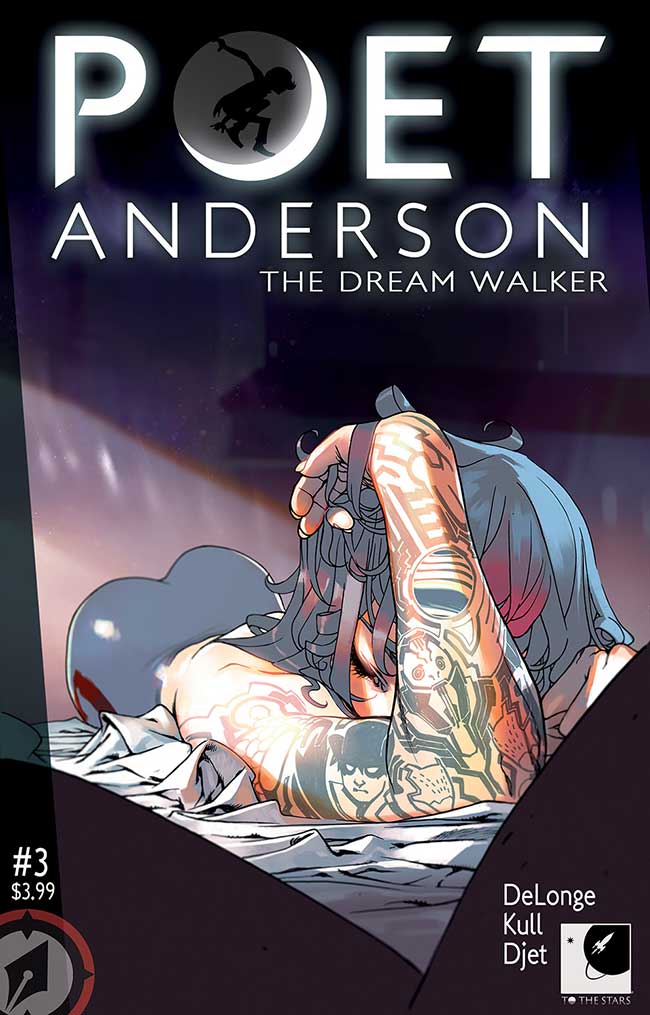 Magnetic Press sent us a sneak peek of Poet Anderson: The Dream Walker #3 by Tom DeLonge and Ben Kull, with art by Djet.

POET ANDERSON: THE DREAM WALKER #3
Jonas and Alan Anderson’s world has come crashing down around them, and their only hope lies within the crumbling alternate-reality of the Dream World, where Jonas will have to face the dark evil of REM, and assume his destiny as Poet Anderson!