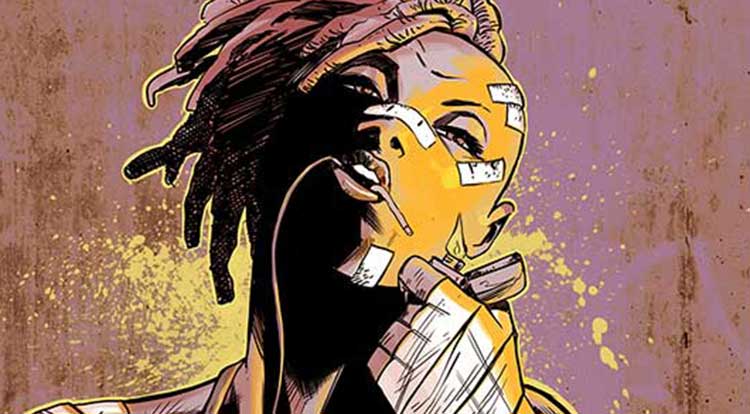 What would happen if The Smoking Man was a real person and his daughter found out what he did for a living? That’s the premise of the new series from Black Mask Studios, and we have a sneak peek, after the jump.

YOUNG TERRORISTS #1
Artist: Amancay Nahuelpan
Writer: Matt Pizzolo
Colorist: Jean-Paul Csuka
Letterer: Jim Campbell
What if “The Smoking Man” from X-Files was a real person, and his daughter found out what he did for a living?

The daughter of an assassinated globalist kingpin breaks out of an internment camp and leads her fellow escaped prisoners in a battle against an elitist conspiracy of shadow governments, megabanks, and military juntas in this edgy and subversive political thriller.