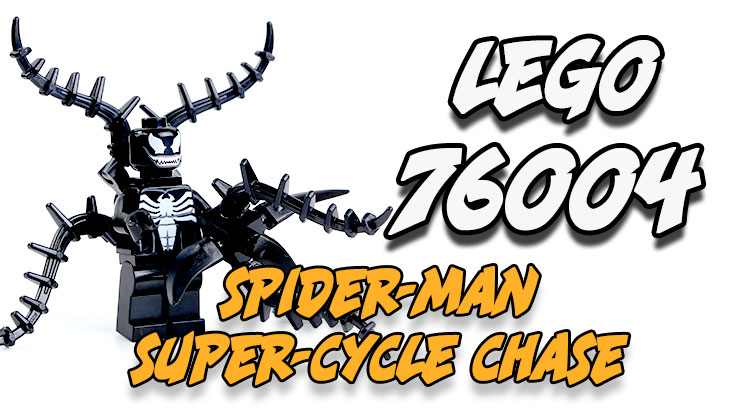 Mason has the bug – well, technically it is an arachnid, but he’s all about Ultimate Spider-Man and the LEGO sets that have been released. Released in 2012, here is his build and review of set 76004: Spider-Man Super-Cycle Chase.

Venom has taken control of Nick Fury’s S.H.I.E.L.D. flying car and is making a super-fast getaway. Send Spider-ManTM to the rescue in his cool Spider-Cycle! Help Spider-Man catch this venomous villain and return the car to the good guys! Watch out for Venom’s vicious symbiont web attack! Use the folding wheels on both vehicles for the perfect high-speed pursuit in the air or on land. Includes 3 minifigures: Spider-Man, Venom, and Nick Fury with weapon.

Come talk to us