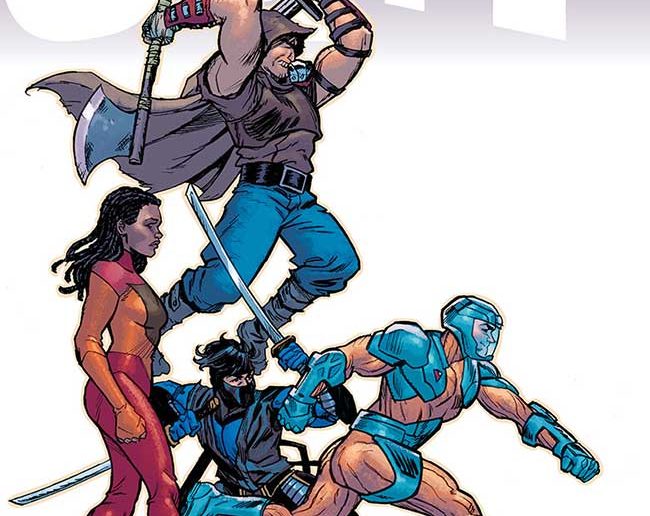 By Stephen Schleicher on August 7, 2015 0 Comments

Take the jump for your first look at Unity #21 that arrives in stores next week from Valiant Entertainment.

The world tips closer to the brink of World War III, and the unstoppable War-Monger tears a swath through the ranks of Unity…today and always!

Can X-O Manowar, Livewire, Ninjak, and the Eternal Warrior fare any better than their predecessors? War-Monger took apart the rosters of decades past, and now Unity faces their most implacable enemy…and they don’t even know they’re already losing!