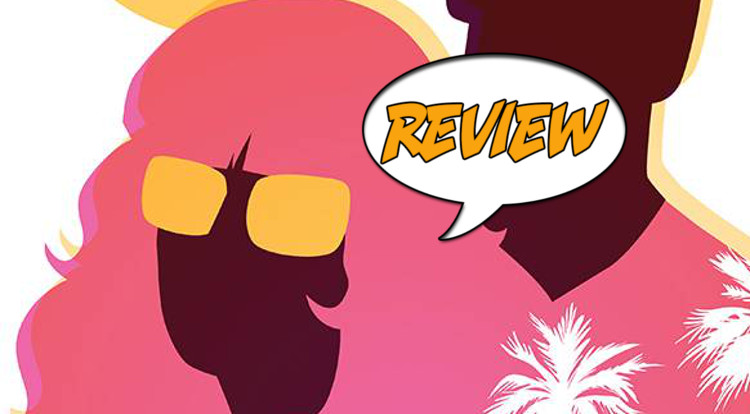 Matt Fraction and Chip Zdarsky, the mischievous duo behind Sex Criminals, are at it again.  After a long hiatus the title returns with issue eleven.  What will Suzie and Jon do to take on the Sex Police and who else has similar time stopping powers like them?  The Major Spoilers review went under the sheets to take a look! Previously in Sex Criminals:  Suzie and Jon have the power to stop time when they orgasm.  They’ve used this power to cause mischief and rob banks.  Now they’ve found out that there are a lot more people with the same powers, some part of an organization know as the Sex Police.  They’re in a bit of trouble…

This issue starts with a nice twist as the narration is taken over by Douglas, one of the three members of Kegelface’s Sex Police crew.  He tells the reader about his life, how he takes care of his mother, works in a retirement home.  In just six pages we get and understanding and connection to the character of such detail it’s amazing how Matt Fraction pulled it off.  From there Suzie resumes the fourth wall breaking and it continues to be one of my favorite writing techniques Fraction uses.  It gives unique insights into Suzie’s thoughts into the goings on and provides some good humor.  Jon and Suzie decide to head to Miami to find Douglas D. Douglas, without the help of Ana Kincaid who is disgusted by their criminal activities.  There’s a great SVU Miami joke made by Jon that is both cliché and hilarious.  What I loved most about this issue is we see into the lives of the supporting characters more.  Kegelface and Jon’s doctor share a moment in bed which is followed by a similar and contradicting scene between Robert Rainbow and Rachell. Every relationship feels natural and the sex continues to be inoffensive.  Fraction is making this book a blast to read, using techniques like these to keep things fresh and it works wonderfully.  The cliffhanger is surprisingly shocking, even for this book and the power that Douglas D. Douglas has is something I’m dying to know more about.

SO MANY VISUAL JOKES THEY CAN’T EVEN SHOW THEM

Chip Zdarksy’s work is brilliant, vibrant and a joy to look at.  He’s notorious for throwing in tons of visual jokes with horrible/funny puns.  So much so that they straight up address it in one scene.  A series of panels with text saying Zdarsky is crazy and would draw tons of products with puns written multiple Asian languages he doesn’t speak when a character enters an Asian supermarket is just another example of the extremely original humor.  My favorite element of Chip Zdarsky’s light-hearted work is the wonderful coloring.  Every page, even the mundane ones pop.  It’s splendid work and I hope Zdarsky never leaves.

BOTTOM LINE: STILL THE BEST SEX (COMIC) YOU’LL EVER HAVE

Fraction and Zdarsky have yet to miss with a single issue of Sex Criminals.  Every issue is near perfect at best and great at worst.  Full of humor, great writing and colorful, fun artwork, it’s a must read for age appropriate perverted readers.  Sex Criminals is still the one of the best books on the racks and I recommend everyone over 18 check it out.  Or at least hide it from your parents (though Major Spoilers in no way condones such actions).

Sex Criminals is a great, original book full of superb writing, Fraction and Zdarsky's trademark humor and colorful art. A must read.